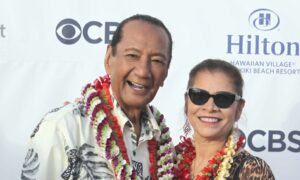 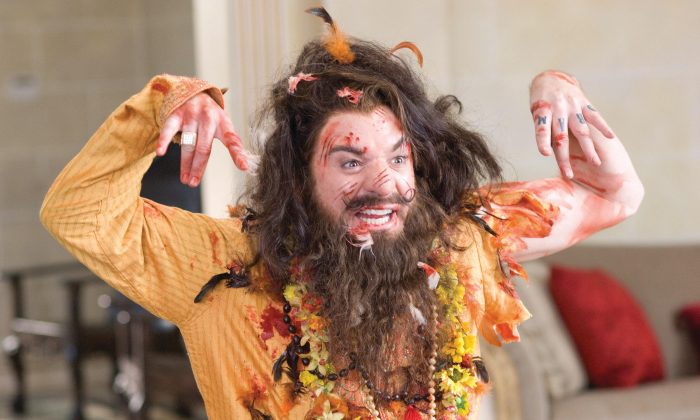 Mike Myers has created some of our most recognisable characters with Wayne Campbell and Austin Powers. Sadly since then he’s morphed into a lazy comedian content with flogging the same jokes that were wearing thin mid-way through The Spy Who Shagged Me in 1999.

Myers is Guru Pikta, a self-help spiritualist who uses “hilarious” Carry On-style acronyms to enlighten the world and achieve his dream of guesting on Oprah, thus becoming the greatest guru of all time. When his abilities attract the attention of the Toronto Maple Leafs’ owner Jane Bullard (Jessica Alba), she drafts him in to help restore the confidence of star player, Darren Roanoke (Romany Malco – The 40 Year Old Virgin) whose girlfriend’s infidelity with rival player, Jacques Grande (Justin Timberlake), has had a disastrous effect on his performance. Let the tumbleweeds roll.

The Love Guru’s major problem is that we’ve seen it all before: ice hockey with people getting smashed in the face for laughs; phallus jokes; and (with the inclusion of Mini Me actor Verne Troyer) midget jokes to single handed claps. There are literally two or three laughs in the entire movie and even then you feel guilty because you’ve sniggered at a lowest common denominator – two booger jokes in the first ten minutes.

Nobody emerges unscathed. Myers repeats his talk-to-camera trick of old that fails despite the fantastic Morgan Freeman voiceover machine; his Pikta is just not a very likeable character. Timberlake is wasted, comedy is hardly Jessica Alba’s strongpoint, and the cameo conveyor belt doesn’t exactly smack of A-list. Jessica Simpson anyone? So surely Sir Ben Kingsley can add some much-needed quality to proceedings? The fact that he has a flatulence problem, acts bog-eyed and utters the words “doggy style” will answer that for you.

Perhaps worth watching – just – for the Bollywood-style musical interludes, The Love Guru is puerile, pun riddled, really only contains only enough material to be a three-minute sketch, and offers very little that’s new for a “new-age” comedy.