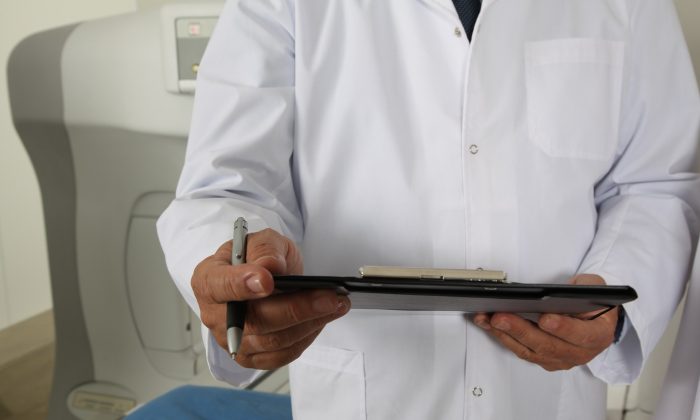 Hospitals are a perfect example of bureaucracy, but they also demonstrate how love and care can, and need to, be an integral part of the process. (Valeopardo/pixabay.com)
Viewpoints

Love and Bureaucracy in a Modern Hospital

I recently spent two days at my wife’s side or waiting nearby as she underwent various tests and then an appendectomy. (Spoiler alert: All went well.) While waiting, I came across a comment in the book by James Kalb that I was reading. For obvious reasons, it leaped off the page at me.

Kalb was discussing the modern tendency to reduce everything to abstract, universal principles, always deferring to experts and discounting the way ordinary people make sense of their lives, relationships, and faith.

Experts can treat appendicitis, but they cannot give us a reason to live. They can provide the factual content of instruction, but they cannot tell us what things are worth knowing. Why, then, treat their authority as absolute?

Well, yes, but at the moment, I cared about the expertise and skill of the surgeon and his team. Successful appendectomies were performed in the 18th century—without anesthesia—and became routine in the late 19th century. By the end of the 20th century, a less invasive technique, laparoscopic appendectomy—using a small metal tube with a tiny video camera on the end—had replaced open surgery in most cases. It is now considered one of the safest surgeries performed today, with the fewest complications.

I share Kalb’s criticism of modernity and the domination of the socialist and, even more, liberal ideology that invades every sphere of life, rationalizing everything and discarding and deriding the wisdom and good sense we inherited from previous generations—the natural, non-contractual relations of family, kin, community, and the faith traditions that made sense of it all and gave meaning to our lives.

I too reject the tendency to set ourselves up as like gods, seeking to subordinate nature itself and all our relations to rational calculation. I too reject a world in which the bureaucratic-professional state usurps the family, replacing natural relations of husband and wife, mother and father, and so on, with terms like parent 1 and parent 2—bureaucratic dehumanization in the name of compassion and sensitivity.

But none of this was in my mind at the hospital. I appreciated the routines, even the many times my wife was asked, as I had been with my multiple eye surgeries, to state her full name, birth date, and what procedure she was there for. A bureaucratic procedure perhaps; a requirement of accreditation. But for me, it was reassuring they were taking care not to amputate the wrong leg, as it were.

I also appreciated the familiar ways in which the staff, nurses, anesthesiologists, and surgeon, all kept the atmosphere calm and good-humored, with little jokes and a matter-of-fact manner.

It reminded me a bit of what Erving Goffman wrote about “cooling the mark out.” It is a necessary part of social life in certain situations, not only for getting the target in a con game to accept his loss of status and assets, but also for rejecting a marriage proposal, or sending a soldier into a hopeless situation, in arresting a man who is not expecting or prepared for it, and so on. The process depends on keeping things calm, and handling and cooling the nervous agitation of the “mark.”

It’s not a flattering term for a patient about to undergo surgery, not least my beloved wife, but it’s a natural and necessary part of the process so she remains calm and they can do their work. Everyone acted this way, not out of any attempt to deceive, but because it was necessary for the patient’s calm and for the efficiency and success of a procedure that the patient wanted and needed. It was a natural and caring response, perhaps spontaneous or perhaps trained. Did it matter?

The surgical waiting room for family was different from anything I had seen, less intimate, and with more people. There was a monitor with a screen listing patients by number and their process from pre-op to surgery to recovery tracked by a multi-colored progress bar. Each family member was checked in and given a name badge. Once all was ready after surgery and recovery, the phone would ring, and a volunteer would answer. She would call up the family, and they would be sent or taken to meet the surgeon and rejoin the patient.

By the time I was there, late afternoon, the volunteers had left. A woman who was not trained or authorized to do so, took charge. She’d been through the routine with six surgeries of her loved one. When the phone rang, she called one of us and directed the family or told the nurse on the other end that they needed to come and pick up the family, since neither she nor the family knew their way around the hospital.

I found myself sitting next to an elderly lady who immediately engaged me with a string of complaints. She liked the old way better. Her husband had a large blockage and she was worried it might be cancer. They did many tests … because they made more money that way. Her husband was like the other men in his family: They would not get treatment when symptoms appeared but waited until it was unavoidable, and so on. It was like sitting next to someone on an airplane who wanted to talk when you preferred to read your book. She made no response at all to my efforts to “share” something about my and my wife’s situation or experience, but she needed me to listen and empathize, to care.

When word came for her that it was not cancer, but the surgeon wanted to talk to her, she burst into tears. I stood as she got up and our unofficial volunteer gave her a warm hug. We were all on the edge of tears.

Two things struck me about my time at the hospital, apart from how cold I became and how the staff kindly provided me with a pair of those funny-looking hospital socks to keep my sandaled feet warm. One was that bureaucracy—routine, rules, procedures, as well as professional expertise—was necessary to the efficient and successful operation of the hospital in its main mission. For all of that, we should be grateful.

The other is that love and caring are also necessary, and keep coming back in, even in the most bureaucratized places. As the classical poet Horace put it, “You may drive out nature with a pitchfork, yet she’ll be constantly running back.”

Paul Adams is a professor emeritus of social work at the University of Hawai‘i, and was a professor and associate dean of academic affairs at Case Western Reserve University. He is the co-author of “Social Justice Isn’t What You Think It Is,” and has written extensively on social welfare policy, and professional and virtue ethics.