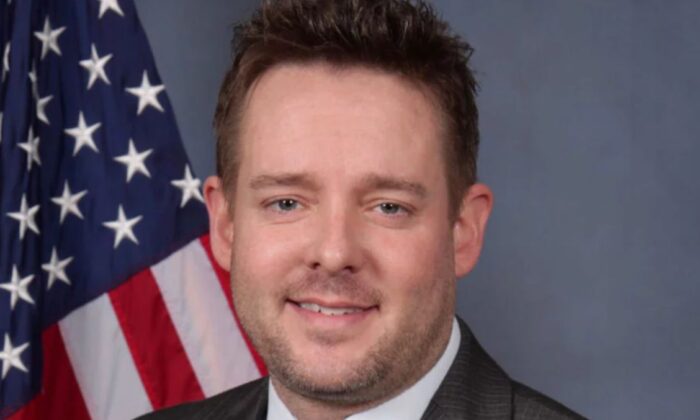 An officer who was involved in the fatal shooting of Breonna Taylor, which sparked nationwide protests, sued the woman’s 26-year-old boyfriend for emotional distress, battery, and assault.

Louisville Sergeant Jonathan Mattingly experienced “severe trauma, mental anguish, and emotional distress” due to Kenneth Walker’s actions on March 13, according to the lawsuit. Walker was the boyfriend of Taylor.

Mattingly and two other officers entered Taylor’s apartment with a warrant regarding a drug investigation. Walker told news outlets later that he believed the officers were home invaders and allegedly shot and hit Mattingly in the leg before police opened fire, killing Taylor.

“Walker’s conduct in shooting Mattingly is outrageous, intolerable, and offends all accepted standards of decency and morality,” the lawsuit said, as reported by CBS News.

Lousiana police officials released numerous documents and files regarding the case earlier this month. Officers said they knocked on the door before entering, disputing allegations that they didn’t knock first.

“I knocked on the door. Banged on it. We didn’t announce the first couple because our intent was not to, to hit the door,” Mattingly told investigators, according to the files. “Our intent was to give her plenty of time to come to the door because they said she was probably there alone.”

Officers then identified themselves as police after no response, Mattingly said. When the officers entered, he saw two individuals, including one armed with a gun.

Taylor’s boyfriend Kenneth Walker fired at least one shot, hitting Mattingly. That shot prompted all three officers to fire back.

“My only option was to return fire,” he said.

Walker was initially arrested and charged with murder but those charges were ultimately dropped. Mattingly sued the Louisville police department.

In a statement to CBS this week, Walker’s attorney, Steve Romines, said Mattingly’s suit is a “baseless attempt to further victimize and harass Kenny.”

“Kenny Walker is protected by law under KRS 503.085 and is immune from both criminal prosecution and civil liability as he was acting in self defense in his own home,” the statement read.

“Even the most basic understanding of Kentucky’s ‘Stand Your Ground’ law and the ‘Castle Doctrine’ evidences this fact. One would think that breaking into the apartment, executing his girlfriend and framing him for a crime in an effort to cover up her murder would be enough for them. Yet this baseless attempt to further victimize and harass Kenny indicates otherwise,” added Romines in his statement.

Taylor’s death prompted U.S.-wide protests, along with demonstrations and riots in Louisville.

Last month, a grand jury indicted fired Officer Brett Hankison on three counts of wanton endangerment for shooting into a home next to Taylor’s after police entered her house on March 13. The FBI is still investigating potential violations of federal law in the case.

Attorney General Daniel Cameron said at the time that under the law, the officers who fired their weapons at Taylor were justified in using force to protect themselves after they were shot at by her boyfriend. “If we simply act on emotion or outrage, there is no justice,” he said.