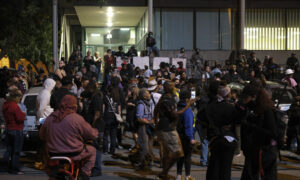 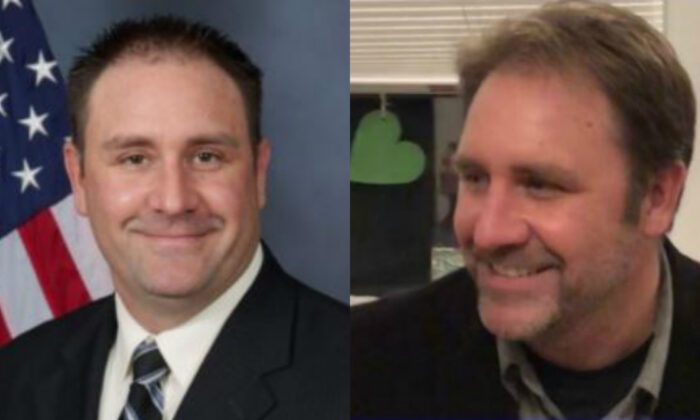 One of three police officers involved in the shooting death of Breonna Taylor earlier this year is fundraising to retire early, citing threats and personal information being revealed by malicious actors.

“It has recently become clear that it will be impossible for Myles to safely return to his position serving the community with the Louisville Metro Police Department,” the family of Detective Myles Cosgrove wrote on the GiveSendGo fundraising website.

“We hope to raise enough funds to help him purchase the remainder of his service time, or ‘air-time,’ so that he can retire from the LMPD and continue to focus on the safety of his family, a family that has been put continually at-risk over the past few months.”

“Myles’ reputation has been completely dismantled and the psychological trauma is something that he will have to cope with for the rest of his life. Every day, the threats seem more legitimate and scarier; his family has been doxed and harassed, while the threats remain unrelenting,” the family wrote.

Jarrod Beck, an attorney for Cosgrove, told CNN the page is legitimate. Beck didn’t return a voicemail on Thursday.

Cosgrove helped serve a warrant for Taylor’s ex-boyfriend in March at the emergency medical technician’s apartment in Louisville.

He and two other officers, Detective Brett Hankison, and Sgt. Jon Mattingly knocked and announced themselves before breaching the door, Kentucky Attorney General Daniel Cameron said at a news conference last month.

Sergeant Mattingly, the only officer who actually entered the residence, saw a man and a woman, and the man, later identified as Taylor’s boyfriend, Kenneth Walker, began firing at him.

Hankison was charged last month with three counts of wanton endangerment after shots he fired went into a neighboring apartment, where a family was at home.

The shots fired by Cosgrove and Mattingly were justified since Walker fired first, Cameron said. They were not charged. Walker was initially charged with attempted murder but the charge was later dropped.

Taylor was hit by six bullets, according to the state’s investigation.

Cosgrove and Mattingly are still on administrative reassignment, with pay.

An FBI probe into the shooting is ongoing as is an internal police probe.

After lawyers for Taylor’s family applied pressure and a judge ordered him to do so, Cameron, Kentucky’s top law enforcement official, agreed Monday to release a recording of grand jury proceedings that led to Hankison being charged.

Todd McMurtry, who is helping represent Mattingly, said in a statement this week that the sergeant’s family was told someone had put out a contract to kill them.

According to the Louisville Courier-Journal, Mattingly’s wife wrote on Facebook last week that the family left their home months ago after receiving a phone call that there were credible threats received and vetted by the FBI.

“We have been in hiding ever since. Try explaining that to your young child without traumatizing him. Since all of this happened, he has experienced night terrors and so much anxiety that he becomes physically sick. Our adult children have been traumatized and displaced as well,” she wrote.

“The guilt of moving your in-laws, who are in their 70s, out of their house for their safety is overwhelming. Our lives will never be the same, and all because my husband was shot first while doing his job.”