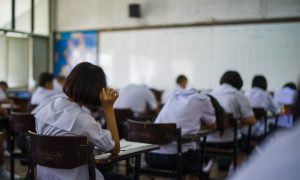 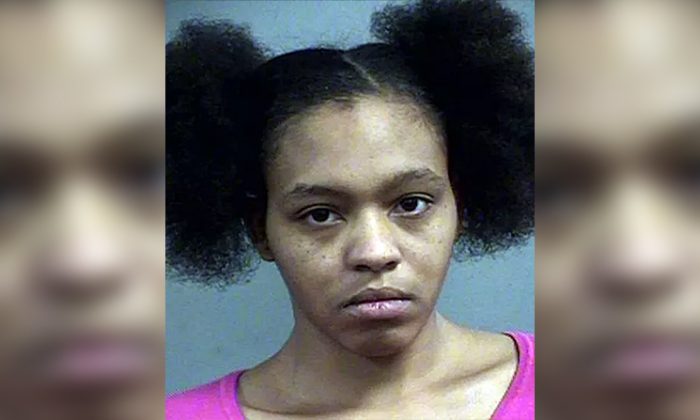 A Louisville, Kentucky mother of three apparently didn’t think leaving her children locked in the car while she ran inside to shop would be a problem—after all, she left the windows open a bit.

However, it was Jan. 2—the dead of winter—and the temperature in the Walmart parking lot was only 15 degrees, reported the New York Daily News.

Luckily, passers-by saw the freezing children and called the police.

When the police arrived they found three children—a 4-year-old, a 20-month-old, and a 6-month-old—sitting in the unlocked car. The engine was off and cold, WDRB reported.

Police, not knowing how long the children had been sitting in the freezing car, called Emergency Services to check the children. All turned out to be fine.

Broquel King, 28, came out of the Walmart at 7100 Raggard Road in Louisville after more than 20 minutes to find police waiting for her. She claimed she had only run in for five minutes.

The arrest report states that King put her three children “in substantial danger of death or serious physical injury due to the extreme cold” and notes they “were physically incapable of removing themselves from these extreme conditions,” according to WDRB.

Additionally, she was charged with having a suspended license, no insurance, and expired plates.

King is being held in Louisville Metro Corrections, Kentucky.com reported.

King had been arrested in Jefferson County in September 2015 for reckless driving.