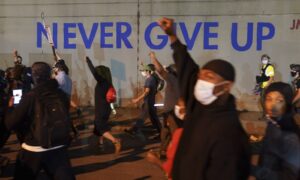 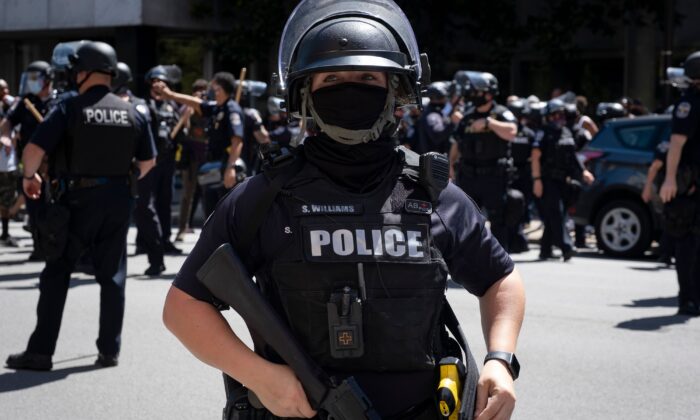 Cortez Lamont Edwards, 29, has been charged federally with being a felon in possession of a firearm, according to the U.S. Attorney’s Office, Western District of Kentucky.

U.S. Attorney Russell Coleman announced the charges in a statement that alleged Edwards threatened police in a social media video “while brandishing weapons.”

“Louisville needs healing and safety for its citizens, not armed felons seeking bids to shoot police,” Coleman said. “Federal law enforcement here will continue to respond as one to swiftly mitigate threats to our city.”

The case follows an incident in Louisville in which two police officers were shot during rioting that broke out in the city after a grand jury returned charges against one of three officers involved in the Breonna Taylor shooting. Taylor died when she was shot multiple times by officers who entered her home during a narcotics investigation in March.

According to a criminal complaint, Edwards went live on Facebook brandishing an AR variant pistol, saying he is requesting $30,000 to shoot police officers who were on scene in the street in front of his home in response to a disturbance.

An investigation later found Edwards to be a convicted felon based on a conviction in Kentucky for his involvement in trafficking a controlled substance and for being in possession of a firearm by a convicted felon, the attorney’s office said.

Authorities executed a search warrant at Edwards’ residence on Sept. 27 and found him sleeping on the couch, with a Glock semi-automatic pistol lying beside him. When officers entered the residence, they found he was the only adult in the room, in which there was also a toddler in a playpen.

“Threats against law enforcement are unacceptable,” said Special Agent in Charge R. Shawn Morrow of the Louisville Field Division of ATF. “When you threaten police and brandish firearms, you can expect the attention of ATF. This morning ATF agents, with the immediate assistance of LMPD, HSI, U.S. Marshal’s, and the FBI, executed a warrant and arrested an armed felon ensuring he wouldn’t carry out those threats.”

Edwards, if convicted, could face up to ten years behind bars for unlawfully possessing a firearm.

Unrest in Louisville in the wake of the grand jury decision was denounced by the White House, with press secretary Kayleigh McEnany urging peaceful demonstrations and cautioning against rhetoric in the media that could fuel calls for “mob justice.”