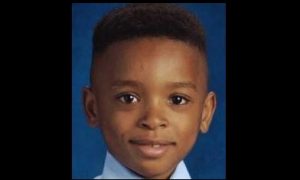 A police officer in Shreveport, Louisiana, died on Jan. 9 after being shot four times, according to reports.

The victim was Officer Chateri Payne, sources told the Shreveport Times. Police wouldn’t confirm the officer’s identity on the record.

There was no motive in the shooting.

Payne was on her way to work at the time of the shooting, ArkLaTex.com reported, citing “multiple sources.”

Sources said that Payne was shot at least four times, including once in the head. She was rushed to a nearby hospital following the incident.

Marcus Hines, a spokesman for Shreveport police, said the officer was heading to work a graveyard shift when the incident unfolded. The officer was in uniform but had not yet started work.

The shooting took place on in the 1600 block of Midway Avenue, according to the Times.

There is no motive in the shooting, said officials.

After the shooting, 54 first responder units were at the scene.

Police said they have detained a person for questioning. It’s not clear whether police are searching for other suspects, ArkLaTex.com reported.

The Shreveport Police Officer’s Association on Jan. 10 posted a statement after her death.

A post on the group’s Facebook said, “We have lost one of our own. She was young, and she was beautiful. She was proving herself to be a capable professional, dedicated to serving the Citizens of Shreveport.”

It added: “We lift her family in prayer, and we thank you for allowing her to be a part of us. We stand ready to assist her family and her Academy Classmates.”

Officer Chateri Alyse Payne, 22 years old, just recently became a Police Officer for the Shreveport Police Department in Louisiana. As she was on her way to work the night shift last night, Officer Payne was shot in the head and died at the Hospital. #officerdown #ThinBlueLine pic.twitter.com/LGfn1e7DBP

Payne was a 2014 graduate of Captain Shreve High School, where she competed in track and field. According to her Facebook page, the Times reported, she completed officer training in November 2018.

Other details about the officer’s death are not clear.

Traffic Stops Are Dangerous for Police

The leading causes for officers being shot and killed in 2017 occurred when they were responding to domestic incidents and while conducting traffic stops, the group’s annual report states.

It sickens me to hear another Officer gunned down in cold blood.

Love and prayers to the family of Officer Chateri Payne of Shreveport, La

And, according to the most recent figures published by the U.S. Bureau of Justice Statistics, “A greater percentage of male drivers (12 percent) than female drivers (8 percent) were stopped by police during 2011.”

It adds: “In 2011, about 3 percent of traffic stops led to a search of the driver, the vehicle, or both. Police were more likely to search male drivers (4 percent) than female drivers (2 percent).”