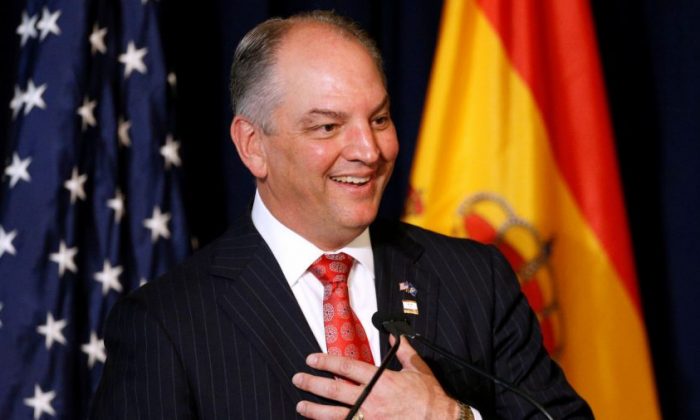 Louisiana Governor Signs Bill Into Law That Would Ban Most Abortions If Roe v. Wade Is Overturned

Louisiana’s Gov. John Bel Edwards, a Democrat, signed into law Senate Bill 342 on June 21, which bans almost all abortions in the state and creates criminal penalties for abortion providers who flout the law.

“My position on abortion has been unwavering—I am pro-life and have never hidden from that fact,” Edwards wrote in a June 18 letter to Louisiana Senate President Page Cortez.

Edwards had wanted the legislation to include exceptions for cases of rape and incest, but in the letter to Cortez, the governor said vetoing the bill wouldn’t have accomplished that end.

“In fact, vetoing Senate Bill 342 would leave fewer exceptions in place than if the bill becomes law and would further confuse whether pregnancy begins at fertilization or implantation. For these reasons, I have signed Senate Bill 342 into law.”

In 2006, the Louisiana Legislature enacted R.S. 40:1061, a so-called “trigger law” that would come into effect and prohibit abortion in the state if the U.S. Supreme Court were to reverse the 1973 Roe v. Wade decision in whole or in part.

Many Republicans and pro-life activists have long criticized the decision as an infringement on states’ rights and have worked diligently to have the case overturned.

What the New Law Means

In Louisiana, R.S. 40:1061 provides two exceptions to the abortion ban: 1) when the pregnant woman’s life is in danger, and 2) when a medical treatment given to the pregnant woman results in unintended fetal death.

No exceptions are provided in the case of incest or rape.

Pregnant women who receive an abortion will not be subject to criminal charges.

The law will go into effect if the Supreme Court overturns the 1973 Roe v. Wade decision.

The governor also signed SB 388 into law, making it illegal for anyone to send abortion pills to Louisiana residents by mail. Punishment for violating this rule would be a jail term of one to five years and fines of up to $50,000.

A Supreme Court draft opinion that was leaked in May of this year indicates that the court has preliminarily voted to overturn Roe v. Wade. Since then, there has been a spate of attacks on pro-life organizations and pregnancy centers.

According to a report by Pro-Life America, more than 40 such attacks against individuals and organizations have taken place in recent weeks.