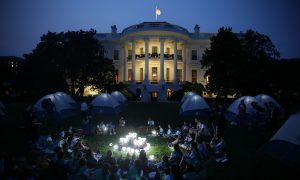 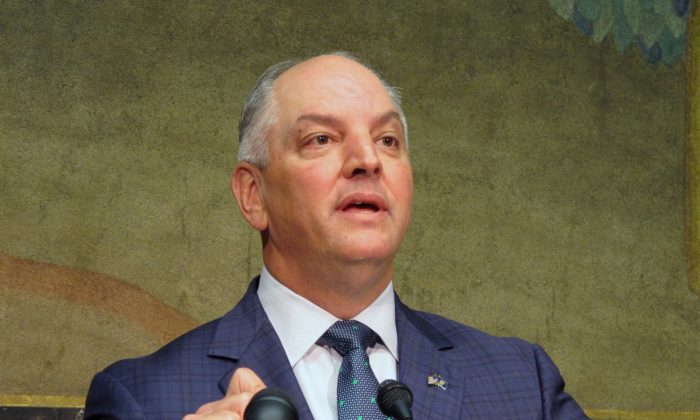 Louisiana Governor Breaks With Dems on Abortion, Ready to Sign the ‘Heartbeat’ Legislation

Louisiana Gov. John Bel Edwards is ready to sign into law a bill that would ban abortions after just weeks of pregnancy, reported AP. The new legislation is dubbed “heartbeat.”

“My position hasn’t changed. In eight years in the Legislature, I was a pro-life legislator,” he said on May 16.  During the time that he was running for governor, he has had the same view. “I’m as consistent as I can be on that point.”

Edwards has recurrently opposed the national party leaders on the issue at hand and this time, he has made his stance clear again with the “heartbeat” legislation.

The proposal to outlaw abortion after a heartbeat from the fetus is detected is waiting for one final vote in the state House.

The Governor of Alabama, Kay Ivey (R), also successfully passed a law on May 17 that now makes abortion a felony in almost all cases and at any stage of pregnancy.

“To the bill’s many supporters, this legislation stands as a powerful testament to Alabamians’ deeply held belief that every life is precious and that every life is a sacred gift from God,” Ivey said in a statement, according to The Hill. “To all Alabamians, I assure you that we will continue to follow the rule of law.”

Edward’s attitude is rare within the Democratic party, and has provoked heated attacks from people who think that abortion should be legal. But his views are not rare in Louisiana and are therefore in accordance with the people of the state he governs, being favorable of religion and conservatism. He described locals as being “overwhelmingly pro-life.”

“That’s the way I was raised. That’s what my Catholic Christian faith requires,” said Edwards in his radio show.

“I know that for many in the national party, on the national scene, that’s not a good fit. But I will tell you, here in Louisiana, I speak and meet with Democrats who are pro-life every single day.”

Louisiana’s 2019 “heartbeat” bill, sponsored by Democratic state Senator John Milkovich, has had quite a smooth sail in the state. However, the abortion ban will only come into effect after a federal appeal court approves of a similar law in Mississippi.

The “heartbeat” bill includes exceptions to the abortion ban for pregnant woman whose health is at “serious risk,” but it does not include exceptions for pregnancies from rape or incest, which is the subject of big disagreements.

Michelle Erenberg, for the pro-abortion lobby group LIFT Louisiana said, “A woman who has been assaulted, been a victim of a crime such as rape or incest, would be forced to carry that pregnancy for nine months and to carry the memory and the burden of the trauma of that experience with her for nine months and I think that is just inconceivable to most people, but apparently it’s not too far for our legislators,” WAFB reported.

Ben Clapper for the anti-abortion lobby group Louisiana Right To Life is of a different opinion. “Rape and incest are terrible, awful things, but we shouldn’t punish the child for the sins of the father in this situation, they need to be given the same protection that other unborn babies and other humans for that matter are given,” he said.

Senate Minority Leader Chuck Schumer (D-N.Y.) is in strong opposition of the “heartbeat” legislation and says that the bill is “inhumane.”

This is an outrageous attack on women and their doctors.

This is an effort to try to take away a woman’s right to make the best medical decisions for her and her family and to put doctors behind bars for providing care.

The courts should strike down this inhumane bill. https://t.co/c8x1YRfgfS

Almost 30 years ago, the wife of the Democratic Louisiana governor John Bel Edwards was 20 weeks pregnant with their daughter when their doctor found that the baby had a spine problem and recommended aborting the pregnancy. The governor and his wife refused and chose to keep the baby. They gave birth to Samantha not long after.

Today, Samantha is married and working as a school counselor.