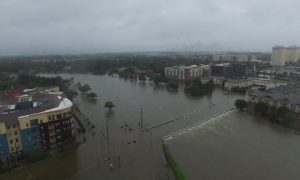 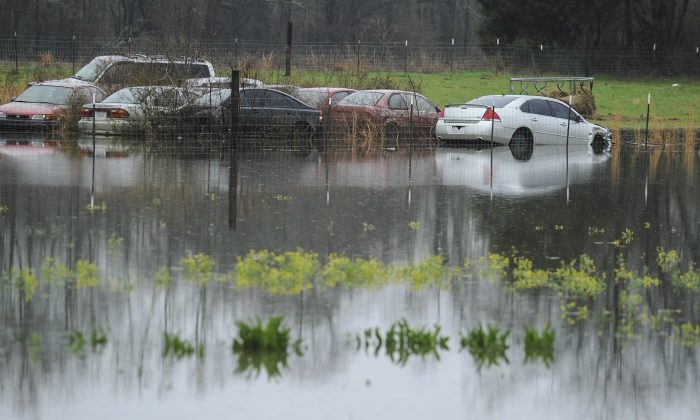 A backyard on Pryor Road in Limestone County is flooded in Decatur, Ala. More than 30 school districts in Alabama, Mississippi, and Tennessee closed Friday, in part because school buses couldn't navigate flooded roads, on Feb. 22, 2019. (Jeronimo Nisa/The Decatur Daily via AP)
US News

MEMPHIS, Tenn.—Louisiana’s governor has declared a state of emergency because of the threat of flooding along the Mississippi River and elsewhere across the state.

In a statement, the Democratic governor cited the National Weather Service’s flood warning for the entire length of the Mississippi River and noted more rain is in Louisiana’s forecast.

Jim Waskom, the governor’s emergency preparedness director, urged residets of any area prone to river flooding to “take action now to protect you and your home.”

The state of emergency declaration lasts until March 27.

The Tennessee Valley Authority says river levels in its expansive network of waterways are starting to recede, but flood-stricken residents should not exhale just yet as TVA continues to release water from dams and forecasters predict more rain in the coming days.

The drenching led to homes, roads, businesses, and farms being flooded in Tennessee, Kentucky, Mississippi, and Alabama, where saturated land and bulging rivers led to water rescues and caused landslides and sinkholes. Officials said the recovery process could take a few weeks.