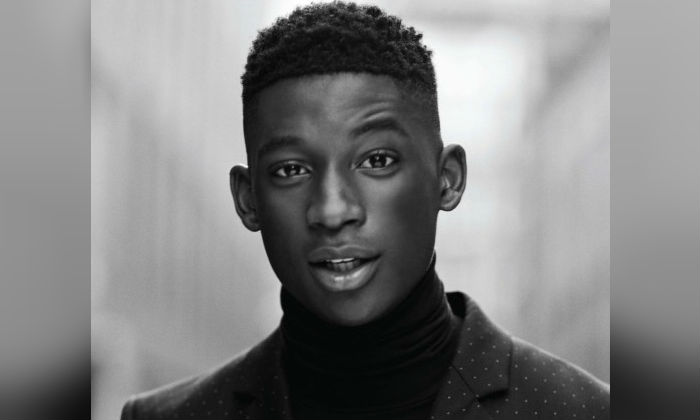 Louis Vuitton Model in Court Over Murder of Fellow Catwalker

A British Louis Vuitton model appeared in court on Tuesday, Jan. 17, for the murder of a 25-year-old fellow catwalker.

George Koh, 24, who has worked with brands including Louis Vuitton and Paul Smith, was arrested on Sunday and charged with murder and possession of an offensive weapon.

Another man, 23-year-old Jonathan Okigbo is also in custody and charged with murder, the Metropolitan Police confirmed in a statement.

Harry Uzoka, who was signed to top modeling agency Premier Model Management, was discovered slumped on a London street in Shepherd’s Bush on Thursday afternoon, Jan. 11. He died from a single stab wound to the heart.

Police believe Uzoka was assaulted and stabbed outside a block of flats in Ollgar Close before he staggered to nearby Old Oak Road.

Koh, from Camden, and Okigbo, from Kentish Town, both appeared at Westminster Magistrates’ Court on Tuesday and spoke only to confirm their names, date of birth, and addresses, Sky News reported.

The pair were remanded to custody and will appear at the Old Bailey on Thursday, Jan. 18.

“Koh hasn’t been on our books since March 2017,” a representative for IMG models told the Daily Mail. The newspaper reported that the models were “rivals.”

Koh has more than 12,000 followers on Instagram, and his most recent image was liked almost 1,500 times.

Singer MNEK wrote “SHOCKED. i met him various times and thought he was always so cool. my heart goes out to his family. RIP.”

Uzoka had worked for brands such as Mercedes, G-Star RAW, and Zara and appeared on billboards in the UK and the United States.