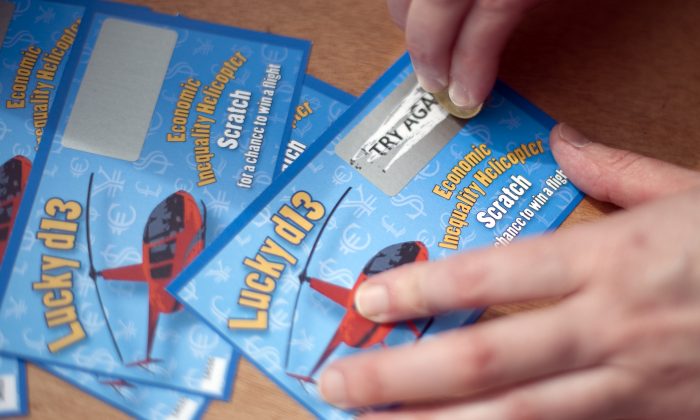 A woman scratches a lottery ticket. (BARBARA SAX/AFP/GettyImages)
US

An Illinois man whose home is facing foreclosure found a bit of fortune: a winning lotto ticket in a cookie jar.

Ricardo Cerezo of Geneva found a spate of old lottery tickets in the cookie jar but took them to a 7-Eleven to look at them. One of the tickets was worth $4.85 million, reported the Chicago Tribune.

He said he’ll use the money to pay off his home that is facing foreclosure.

“It couldn’t have happened at a better time,” Cerezo told reporters. “I just thought, this is how God works.”

Cerezo told NBC Chicago: “The last ticket said, ‘file a claim.’ Not a congratulations, not an amount, just said ‘file a claim.” He purchased it in February.