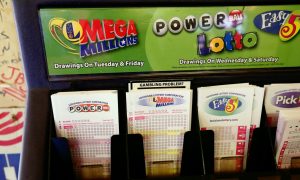 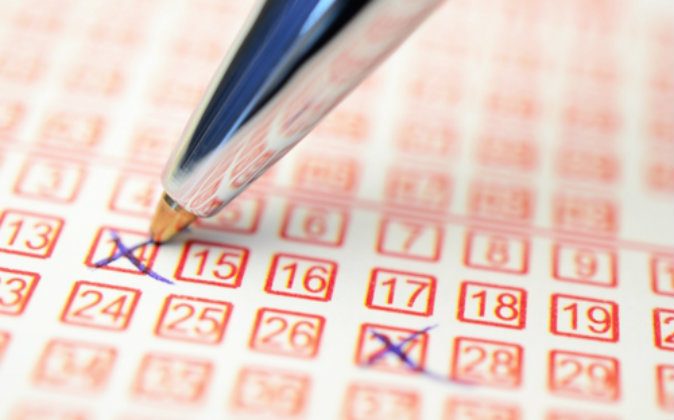 A stock image of a lottery card. (Shutterstock*)
UK

A lottery winner who quit his job working shifts at Amazon to pursue his dream as a screenwriter says he will use some of the guaranteed $12,000-per-month prize to take care of his autistic brother.

Dean Weymes scooped the “Set for Life” in the British National Lottery on July 30, worth a total of £3.6 million ($4.4 million).

It was the first time he had played the game, which guarantees £10,000 every month for 30 years.

Weymes, 24, received the news of his win during a shift at the Amazon warehouse in Peterborough. It wasn’t long before the win shifted his career ambitions.

The following day, the former film student quit his job, his hopes of becoming a screenwriter rekindled.

But Weymes didn’t forget his family, according to the Peterborough Telegraph, and is hoping his windfall can provide better care for his 6-foot 3-inch autistic younger brother, Robert, who he described as “like a baby.”

What a deserving winner!

“Robert has severe autism,” he told the news outlet. “It is about as serious as it gets.”

His brother is mostly non-verbal, he said, but can say a few names and certain words.

“He is 6 feet 3 inches tall and quite stocky, and he can get aggressive, and he can hurt himself and others. He grabs a hold of you and it is very difficult.”

He said that managing his brother has become difficult for his parents as they are “getting on a bit now.”

“If they could have regular services so that they could even have a break so it is not 24/7,” he told the Telegraph. “Just to have the best-trained professionals to take care of him would make the world of difference.”

According to the National Lottery, Weynes currently lives with his sister, Sarah, who he is already planning to take on a family trip to Disneyland Paris.

“It is an incredible feeling that I will be getting £10K every month for 30 years, ” he said in a National Lottery statement. “I literally am living the dream.”

Congratulations to Dean, what would you do if you won? Learn to fly 👩‍✈️, visit remote islands 🏝 or enjoy the world’s best foods 🍣…#AmazingStartsHere #SetForLifeTNL pic.twitter.com/EQFfKLAHSF

“I cannot actually believe that I am really going to be able to do these things—and do them right now! Everything still seems quite unreal—the news really is still sinking in.”

According to the Mirror, Weynes moved to Westmeath in Ireland in the past to help his parents care for his brother, but struggled to find work in the rural community.

He moved to live with his sister in Peterborough in the UK, where he got his job at Amazon.

Weynes, who studied video and film back in Ireland, said that he didn’t have to think twice about the decision to become a screenwriter.

“It was always my dream to become a script writer,” he told the Mirror.

“I love films and the theater and now I can do something with this. I can turn my passion into a job, something I never thought I could do.”

Dean quit his job as a delivery driver when he became 'set for life' and has vowed to put the winnings to good use. 👏

When he handed in his notice to his former managers at the Amazon warehouse, he said they thought he was joking when he wrote down the reason on the HR form.

He had arrived for work on July 30, but hadn’t checked his lottery ticket numbers from the previous night’s draw.

“I took my first break after 11 a.m.,” he told the Telegraph, “I went out, got my phone out and checked my numbers, and found out I had won.”

He returned to his desk, and sat there for just five minutes before heading home, telling his bosses he was sick.

“The following day I came in to quit and HR asked me to fill out a form,” he told the Mirror. “One question said, ‘Why are you leaving?’

“I wrote, ‘won lottery/retirement?’ They said I couldn’t put that down and thought I was joking.”