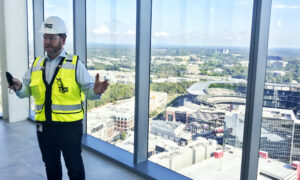 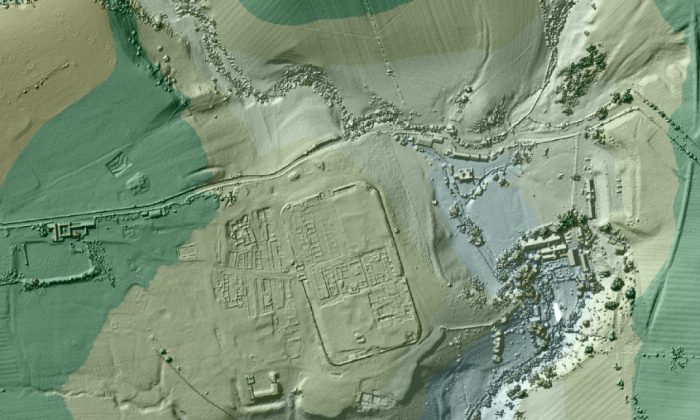 Since 1998, the UK’s Environmental Agency has been creating detailed models of the landscape with lasers to track the shift of the coastline and prevent flooding.

That data is available online, and has been used for a number of other purposes. Notably, archaeologists have used the database to find the traces of a network of ancient roads built by the Romans after their invasion of Britain in 43 AD.

The roads are an important part of British history, not just as a remnant of Roman civilization, but because they were instrumental in allowing the legions to conquer Britain.

Recently, David Ratledge discovered 10 miles of Roman roads in the county of Lancashire, near Hadrian’s Wall. Previously there had been aerial photographs of Lancashire, but roads only show up on those pictures when the rare drought happens and the terrain recedes.

“The preservation of the remains varies massively. Parts of a road could still be [three feet] high and easy to spot whilst in other parts it could be so subtle that you’d definitely miss it on the ground,” Ratledge, who operates the website Roman Roads, said in a statement.

Roman roads were large and could be as wide as 22 feet, but thousands of years of withering away makes them easy to miss.

More discoveries like Ratledge’s could be forthcoming as the Environmental Agency plans to release 11 terabytes of LIDAR data as part of a new transparency initiative.

“From forest management to walking apps, building game worlds to deciding where to plant crops, the uses of LIDAR data are endless,” Martin Whitworth, deputy director at the Environment Agency, said in a statement.