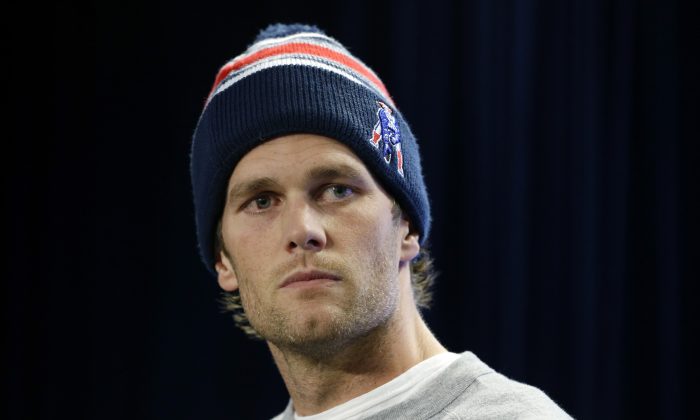 The NFL came down hard on the New England Patriots Monday for playing with deflated footballs in their win over the Indianapolis Colts in the AFC title game last January and failing to fully cooperate with the investigation.

The franchise, which is not unfamiliar with being caught breaking the rules, was fined $1 million, stripped of both a first-round (2016) and fourth-round (2017) picks in upcoming drafts, and will have its star quarterback, Tom Brady, suspended for the first four games of the upcoming season, according to a statement released on the NFL’s website.

The fine matches the largest the NFL has handed out, to Ed DeBartolo Jr., then the San Francisco 49ers’ owner, who pleaded guilty to a felony for his role in a Louisiana gambling scandal in 1999.

The discipline handed down by the NFL came less than a week after a release of the 243-page Wells report, which concluded that it was “more probable than not” that Patriots personnel were involved in a deliberate attempt to circumvent the rules.

Tom Brady himself was singled out as at least being “generally aware” of the inappropriate activities.

The NFL allows each team to provide the footballs used by its offense as opposed to all the game balls being provided by the home team—a procedure Brady played a role in creating. It requires the balls to be inflated in the range of 12.5–13.5 pounds per square inch.

Footballs with less pressure can be easier to grip and catch, and Brady has expressed a preference for the lower end of the range.

The league also indefinitely suspended the two equipment staffers believed to have carried out the plan, including one who called himself “The Deflator.”

Though the Patriots were only caught doing it on this one occasion, there was evidence to suggest it had been going on longer than that.

Per NFL Executive President Troy Vincent’s letter to the Patriots:

“The footballs were intentionally deflated in an effort to provide a competitive advantage to Tom Brady after having been certified by the game officials as being in compliance with the playing rules. While we cannot be certain when the activity began, the evidence suggests that January 18th was not the first and only occasion when this occurred, particularly in light of the evidence referring to deflation of footballs going back to before the beginning of the 2014 season.”

In assessing the discipline, the NFL took into account New England’s previous transgression—the 2007 Spy-gate scandal that cost them a first-round pick—as well as their unwillingness to fully cooperate with the investigation—namely Tom Brady not turning over any electronic evidence.

It all adds up to another black eye on New England’s dynasty, which dates back to 2001 and includes 12 playoff appearances, six AFC championships, four Super Bowl wins, and now two major rules violations.

While Brady’s one-quarter season suspension will limit the team somewhat in 2015 (they will likely rely on second-year QB Jimmy Garoppolo), it’s the loss of draft picks that will surely hurt the most—a lesson they should have learned seven years ago.

In that 2008 draft, the Patriots were able to keep the seventh overall pick after a trade with the 49ers, but ended up forfeiting their own pick—the 31st overall—as penalty for spying on the opposition.

Though it’s unknown who they would have selected there, some notable players drafted immediately after were future Pro-Bowlers Jordy Nelson (36th overall pick), DeSean Jackson (49th overall), and Ray Rice (55th overall).

Had they acquired any one of those playmakers then, the Pats dynasty could’ve included a fifth Super Bowl ring and the team might have avoided this latest scandal altogether—there would have been no need to cheat.