Losing Focus on the China Issue 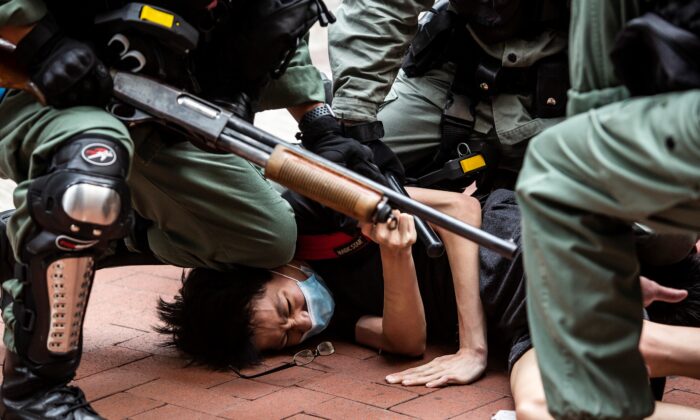 Pro-democracy protesters are arrested by police in the Causeway Bay district of Hong Kong on May 24, 2020. (Isaac Lawrence/AFP via Getty Images) 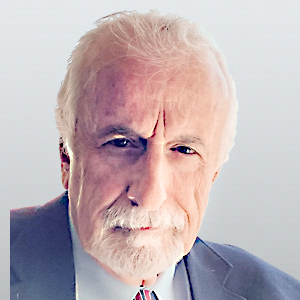 There’s a classic rock tune from 1967 written by Stephen Stills and recorded by his then-group Buffalo Springfield titled “For What It’s Worth.” (If it were written today, it probably would be called “Just Sayin’”—a contemporary phrase that makes me break out in hives, but I digress.)

The song opens with lines that perfectly express what’s going on today: “There’s something happening here/What it is ain’t exactly clear.”

It also contains the lines, “Battle lines being drawn/Nobody’s right if everybody’s wrong.”

There is a disturbing trend in the national conversation for participants in politics, the media, and the citizenry to view the battle for influence over the direction of public policy as a team sport, rather than an exercise in the pursuit of balance, compromise, and understanding.

Our society is developing the modern-day syndrome of seeking victory at the expense of truth.

After all, the truth is a messy entity that doesn’t always fit into the clearly demarcated colors of our team uniforms.

As we battle each other draped in the simplistic binary colors of red versus blue, black versus white, and Orange Man Good versus Orange Man Bad, we are missing a clear vision of the complex texture of reality.

We cherry-pick news items that fit our narrative and ignore those that don’t—the narrative to which we have attached our egos instead of our intelligence.

The media targets audiences and preaches to the choir in a daily dance of affirmation. “Play to the core” has become the mantra of journalism and politics. Preach to the choir.

The result of this thinking leads to good ideas and important concepts being lost in the shuffle of overlapping news stories in a rapidly accelerating news cycle, or worse—being rejected because they are proposed by the “wrong” person, group, or party.

A current example of this process is in play with the image of the Chinese Communist Party (CCP) in the American zeitgeist.

Whether we subscribe to the notion that our polarizing President Donald Trump is either the total manifestation of good or evil, to the elimination of the likelihood that he embodies both positive and negative attributes, the American people either tune out or believe ideas about which they might think otherwise if he were not a party to the discussion.

Such is the case with China.

The tsunami of news coverage of American racial turmoil flooding the media (and, thus, our attention) has washed coverage of the CCP’s unlawful and inhumane clampdown on Hong Kong out of the headlines.

Plus, the well-documented existential danger the communist government in Beijing presents to the United States of America in the 21st century has gotten caught up in the crossfire of politics as a “Trump issue” in the left–right spat over his handling of the coronavirus (understandably referred to by The Epoch Times as the “CCP virus”).

Ironically, one of the few things that clear thinkers on both the left and right have basically agreed upon in the Trump era is the president’s hardline positions on China.

But ever since the president’s position on China was co-opted as a talking point in the debate over his performance on handling COVID-19—specifically, that his blaming of China as a primary cause in the pandemic’s origins and deadly spread is allegedly a hyped-up diversion from his own shortcomings—the public has been losing sight of one of the most important issues of our times.

It would be a terrible casualty of truth if the awareness being raised in America about our true relationship with China were to be set back and obscured by the diversion of attention rendered in the polarizing race and COVID-19 binary battles being waged in the “national argument” between the mind-numbing forces of Orange Man Good versus Orange Man Bad.