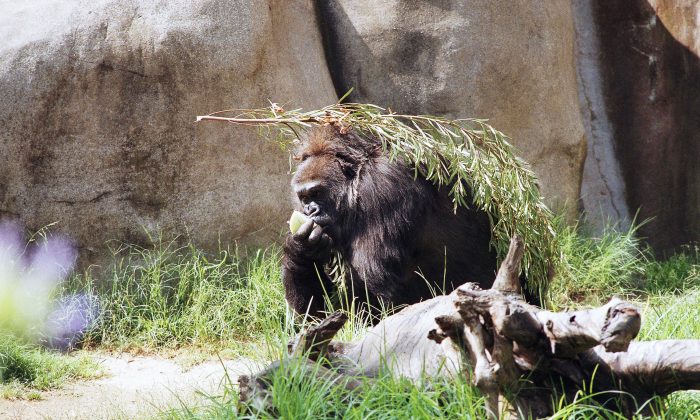 During the rescue by firefighters, the apes were secured, the Los Angeles Fire Department said via Twitter.

DEVELOPING: A rescue is underway at an L.A. zoo after a 61-year-old man fell into a gorilla enclosure http://cbsn.ws/1VbiNTF – CBS Los Angeles

The rescue entailed two urban search-and-rescue task forces utilizing a rope system to hoist the man up before wheeling him on a gurney to a waiting ambulance.

Officials said in an alert that the man has a possible femur fracture and is in fair condition.