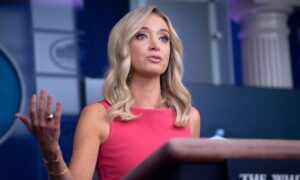 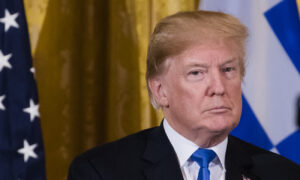 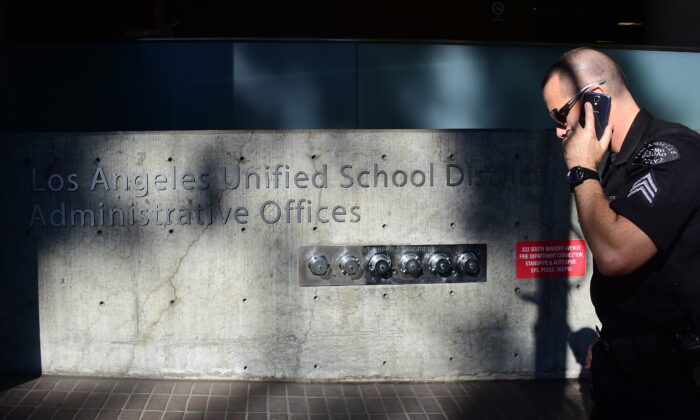 A police officer walks past the administrative offices of the Los Angeles Unified School District on Dec. 15, 2015. (Frederic J. Brown/AFP/Getty Images)
US News

Cecily Myart-Cruz, the incoming president of the United Teachers Los Angeles (UTLA), which represents some 30,000 teachers and support staff in the Los Angeles Unified School District (LAUSD), said at a June 8 event that the union supports the elimination of the Los Angeles School Police Department (LASPD).

“We have to dismantle white supremacy. We must dismantle racial capitalism. And definitely we must defund the police and bring in the mental health services that our students need,” Myart-Cruz said.

LASPD is the biggest independent school police department in the United States, with over 410 sworn police officers and 101 non-sworn school safety officers, according to its website. The department didn’t immediately respond to a request by The Epoch Times for comment.

Gil Gamez, president of the school police union, told the Los Angeles Times that he believes school police are critical for school safety.

“We are trained differently. We have a vested interest. … We had restorative justice [training], our police officers come from the communities they serve,” Gamez told the outlet.

“To see us be demonized and ostracized, I don’t get it,” Gamez said.

Sen. Ted Cruz (R-Texas) on Twitter on June 8 criticized mounting calls across the country to remove police from schools, saying that “this idiotic proposal would tragically result in MORE school shootings.”

“Dems have lost their minds. Having met repeatedly w/victims, parents & teachers hurt by gun violence in schools, the single most effective way to keep our kids safe is more armed police officers in schools,” Cruz wrote in commenting on a tweet from Politico that claimed the “police-free schools movement is picking up steam.”

The union’s board of directors voted last week to “start a process” that will lead to a larger union vote on whether to “take money out of the school police department and put it directly into mental health support, counselors, academic counselors,” exiting UTLA president Alex Caputo-Pearl told the Los Angeles Times.

The remarks come amid a broader thrust to shift resources from policing to community-based initiatives, driven by the outcry over the police-custody death of George Floyd, which has fueled calls to overhaul police procedures, including limits on legal protections for police, creating a national database of excessive-force encounters, and banning chokeholds.

A rallying cry of some protesters and proponents of police reform is to “defund the police,” a multi-layered movement that ranges from relatively moderate calls to adjust police budgets to fund the establishment of complementary or alternative community-based solutions, for example in the area of mental health crisis response, to more extreme proposals to disband police departments entirely.

Another dimension of the “defund the police” drive is that cities across the country are considering the removal of police from schools. That includes the Denver school board planning a vote to that effect next week, according to Chalkbeat Colorado, while Oregon’s largest school district is “discontinuing the regular presence of school resource officers,” according to The Oregonian, citing Portland Public Schools Superintendent Guadalupe Guerrero.

President Donald Trump and Attorney General William Barr on June 8 both spoke out against calls to “defund the police.”

“There’s a reason for less crime. It’s because we have great law enforcement. I’m very proud of that,” Trump said at a meeting with law enforcement officials and officers at the White House.

Barr told Fox News in an interview on June 8 that he, too, opposes moves to defund the police.

“I think it’s the exact opposite of the way we should go,” Barr said, warning that disbanding police departments would lead to a spike in criminality.