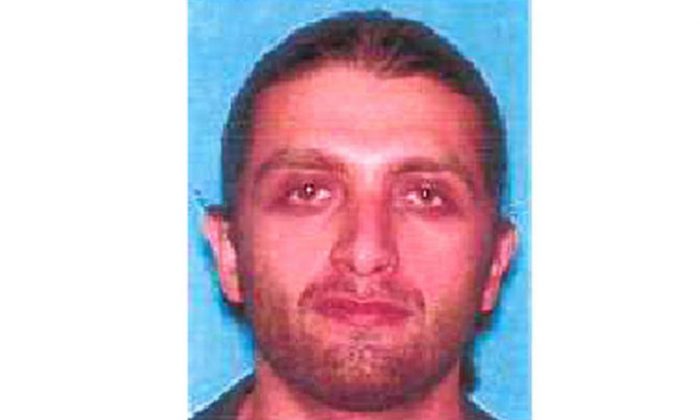 LOS ANGELES  — Los Angeles police are searching for a 32-year-old man suspected in a series of violent crimes over the past month including robbery, carjacking and attempted murder.

Officials say Artyom Gasparyan is most recently linked to a police pursuit Friday that began in Carson and ended with a standoff in Long Beach, where a man suspected of being Gasparyan’s accomplice fled in a stolen vehicle.

That accomplice, identified by the LAPD as Daniel Ramirez, was taken into custody after police say he ran into a home, shot two men, stabbed another and then turned the gun on himself.

The Los Angeles Times reported Saturday (http://lat.ms/1TwLMkk ) that Gasparyan is also suspected in a Dec. 30 fatal shooting in Van Nuys and a Dec. 9 double shooting in Burbank.

He is considered armed and dangerous.