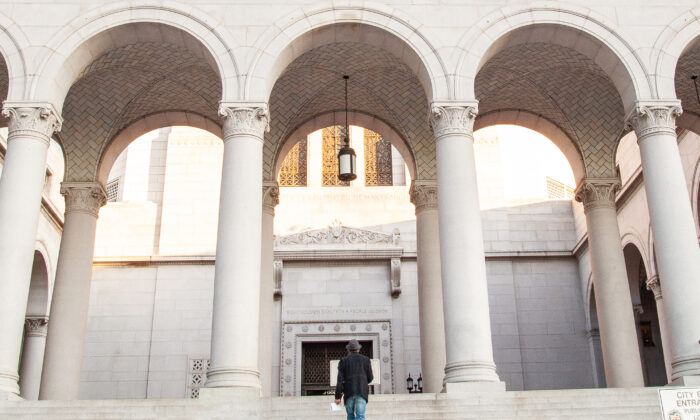 I’m sure you remember the Democratic primary debates from the last presidential election. They started out featuring 20 candidates over June 26-27, 2019 in Miami. The same on July 30-21 in Detroit. Then it was cut to 10 or 12 candidates in three more debates; followed by five debates with six or seven candidates. Finally, there was just Joe Biden vs. Bernie Sanders on March 15, 2020 in Washington, D.C.

In those debates, just about every national issue was aired out. The only real problem was Rep. Tulsi Gabbard of Hawaii rightly objected she should have been included in the final debates.

That’s how they should conduct the debates for mayor from Los Angeles: many debates featuring all 12 qualified candidates, with the participants being reduced, based on polling, as the June 7 primary date approaches. Instead, the May 1 debate at Cal State Los Angeles will feature only five candidates. The left-out hopefuls are calling it “voter suppression.”

The five debaters will be the same as those in the March 22 debate: Rep. Karen Bass, councilmen Kevin de Leon and Joe Buscaino, developer Rick Caruso, and City Attorney Mike Feuer. I profiled them in a March 17 Epoch Times article, “Busting Crime Takes Center Stage in Los Angeles Mayor’s Race.”

The fact is all levels of American government need more debate and more new ideas. Taking up my own suggestion, here are some short profiles of the other seven candidates running for mayor:

Craig Greiwe says he is a “seasoned business executive with over 20 years’ experience leading business, strategy, and operations for some of America’s most trusted individuals and companies.”

He’s “the only true outsider with real plans to move our city forward. We know we cannot trust the career insiders and politicians who created this mess to be the people who solve it. I’m a bold, fresh voice with a track record of delivering results.”

He tweeted April 13, “This is my vision for Los Angeles. Stop the lies. Do the work. Focus on proven solutions.” On the flyer of his policies, he lists four major ones:

Alex Gruenenfelder graduated from UC San Diego last year. We need more young people in politics with new ideas and energy. He also looks like he could be a Hollywood movie star. He is an Echo Park neighborhood councilman.

He says he is “the progressive choice for Mayor of Los Angeles. My background is as an activist, not a politician. I’m a social justice advocate who has worked in the streets and behind the scenes to make real change.”

Ah, youthful idealism! But L.A.’s problem is it’s had too much “social justice” and not enough realism, as in reducing a tax burden even higher than in the rest of the state and giving parents a way to opt out of the horrible Los Angeles schools.

Ramit Varma is co-founder of Revolution Prep, a test preparation company. He says he’s running “because I believe this city needs new leadership. When was the last time you had a positive interaction with our city government? It’s probably been a long time. That’s because the city is run BY insiders FOR insiders. It is not run for the people. LA deserves a mayor who puts the PEOPLE first. Who treats the residents of this city like customers, not like a piggy bank of tax revenue.”

He has a great attitude: “People tell me I’m crazy for running against the machine, I say what’s crazy is doing the same thing over and over and expecting different results. If you’ve had enough of the career politicians like I have, then VOTE VARMA!”

He writes: “As Mayor of LA, Ramit will focus on three main issues—issues that are responsible for the city’s decline: Homelessness, Affordability and Public Safety.”

According to a profile when he announced his candidacy, “Varma blamed the ‘political machine’ at City Hall and criticized the lack of housing built so far under Proposition HHH, the $1.2-billion bond measure passed by voters in 2016. He also questioned the city spending money on programs such as healing centers in the name of being ‘woke.’”

This is the kind of guy who should be in all of the debates.

Gina Viola says she’s a “grassroots-based mayoral candidate for the city of Los Angeles. I felt compelled to run this people-powered campaign to provide my beloved city with a candidate that wants every community to thrive; a candidate that understands that when the most vulnerable among us are well, WE ARE ALL WELL!” I like the slogan.

She’s definitely a progressive. Policies include:

Mel Wilson is a businessman and former Metro Board member. He says, “Career politicians haven’t done what is needed to support middle-class workers and small businesses in Los Angeles. It’s time to send a strong message by voting for change.” His policies:

The problem is Wilson wants both tax cuts and a lot more spending on new programs. Still, tax cuts always are a great idea, especially in a really high-tax place like Los Angeles.

John “JSamuel” Jackson is a business owner. I couldn’t find anything else about him.

Andrew Kim is a lawyer. Nothing else available.