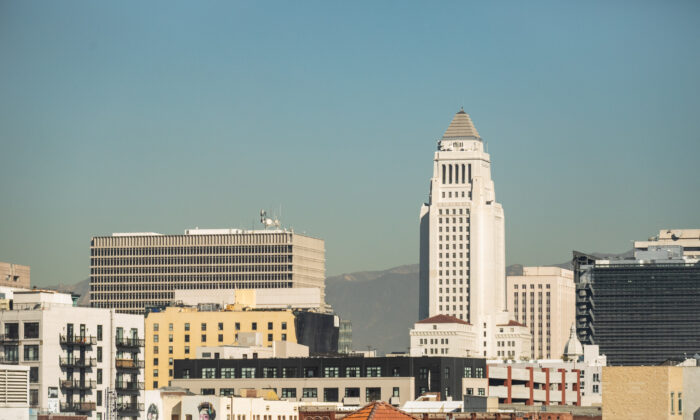 LOS ANGELES—A measure that would require hotels in Los Angeles to place homeless people in vacant rooms and the city to consider its affordable housing needs before approving new hotel developments will appear on the March 2024 ballot.

If the measure is approved by voters, the city’s Housing Department would pay hotels a fair market rate to lodge each person after identifying hotels with vacant rooms. It would also require hotels to report the number of vacant rooms they have to the city and prohibit them from refusing lodging to homeless people seeking housing through the program.

The initiative received more than 126,000 signatures and was submitted to the city council, which voted unanimously on Aug. 5 to place it on the ballot rather than adopt it immediately. The proposal comes as Project Roomkey, a program created in response to the COVID-19 pandemic that provided shelter for more than 10,000 homeless individuals during the past two years, is being phased out.

“We think this is a common sense issue, and housing is an issue that affects so many of our members every day,” Hernandez told City News Service. “Unfortunately, that’s not talked about enough, especially folks who are either on the brink of homelessness or having to live in homes with multiple people at a time.”

Hotel owners opposing the measure packed the council chambers on Aug. 5, arguing that the proposal would decimate the local hotel industry by scaring away both staff and visitors.

Heather Rozman, executive director of the Hotel Association of Los Angeles, told the council that hotel staff members aren’t public safety providers and “should not be forced to clean up behind the city’s humanitarian crisis.”

“The hotel industry is here today because their livelihoods, their family-owned businesses, and in some cases their homes are at stake,” Rozman said. “Families and business travelers coming to Los Angeles want to know they’ll have affordable and safe accommodations when they arrive.”

Rozman noted that she feared that insurance companies would increase premiums if the measure passes. She said some organizers of large conferences are already contemplating pulling events from Los Angeles.

Councilman Joe Buscaino called the initiative an “ill-conceived idea that does not solve homelessness” and instead hurts tourism. He urged voters to defeat the measure.

“Placing paying hotel guests next to an unhoused person shows a complete misunderstanding of the causes of homelessness, which often stem from mental illness and drug abuse,” Buscaino said in a statement.

Councilman Paul Krekorian, without stating a position on the measure, said special interest groups backing “any ridiculous policy proposal that can get enough Trader Joe’s shoppers to sign a petition should not be the law of the city of Los Angeles, just because a petition qualifies.”

“I’m grateful that on this item, we voted to put this matter before the voters, where it belongs,” Krekorian said. “If the voters want to pass it, great. If they don’t, great.”

In order for hotel development projects of 100 or more rooms to receive a permit, the city’s planning commission—or council on appeal—would have to consider the project’s “impact on affordable housing, transit, social services, employees and local businesses,” according to the proposed ordinance. That would include whether the proposed hotel would “unduly burden the demand for affordable housing and social services” in Los Angeles.

Hotel developments of 15 or more rooms that demolish or convert housing for the project would have to replace it with the same amount of affordable housing near the site.

“I think it’s an all-around approach,” Hernandez said. “If you have less luxury hotel development, you have more housing. That means that folks aren’t having to live super, super far away or be on the brink of homelessness.”

In addition to adopting the ordinance as written, the council could have also called a special election later this year that would have cost approximately $12 million. There’s expected to be minimal cost to place it on the ballot in 2024.

Bambian Taft, who works as a hotel minibar attendant and helped obtain signatures for the petition, said the ordinance would mean a lot to her and her daughter.

“I wouldn’t have to pay $145 for a hotel room every night and try to figure out how me and my daughter are going to eat and take showers and sleep,” Taft told City News Service. “Right now, the struggle is real. You don’t have to be [mentally ill] or somebody off the street to go through the struggle of homelessness. I just need a little jump start to help me and my daughter.”