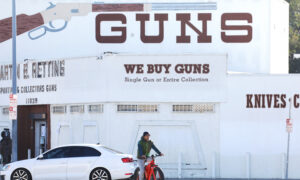 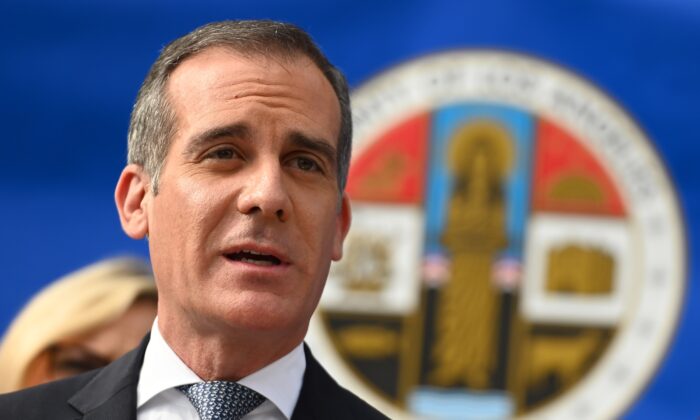 Los Angeles Mayor Eric Garcetti is mulling forcing people to stay in their neighborhoods if the number of CCP virus cases in the California city jump.

Garcetti said in an interview Monday that the possibilities include requiring people to stay mostly in their neighborhoods, rather than travel longer distances for shopping and exercise, and clamping down on construction sites with workers in close proximity.

Nothing is imminent but “be ready for more, depending on what the statistics are,” the mayor said.

“There are all sorts of things that are always on the table to consider,” he added. There are “places, industries that right now are deemed pretty critical, but if it gets bad enough, that we can say maybe a couple of these things we’ll just have to suspend and live without.”

Speaking later at a press conference, Garcetti said authorities can’t restrict people to the neighborhoods, at least at the moment.

“We can’t yet do that, nor do we have an enforcement mechanism, nor are we a country where, thankfully, we monitor people’s cell phones and where they’re at all the time and I don’t think we’re gonna do that anytime soon,” he said.

Garcetti said people should stay at home during the COVID-19 pandemic. The new disease is caused by the CCP (Chinese Communist Party) virus, commonly known as novel coronavirus.

“If you have enough supplies in your home, this will be the week to skip shopping altogether,” she said. Older people and those in other high-risk groups should only leave home for medical appointments, she added, utilizing grocery delivery services.

Garcetti said people who can avoid going out should, mentioning grocery delivery. “If there’s any way you can stay at home, please stay at home,” he said.

The CCP virus causes hospitalizations in about 20 percent of patients, primarily among the elderly or those with underlying conditions.

The new virus is believed to spread primarily between people in close contact through respiratory droplets produced when an infected person coughs or sneezes.