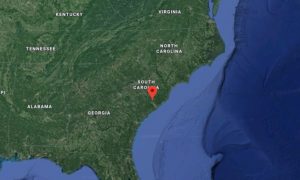 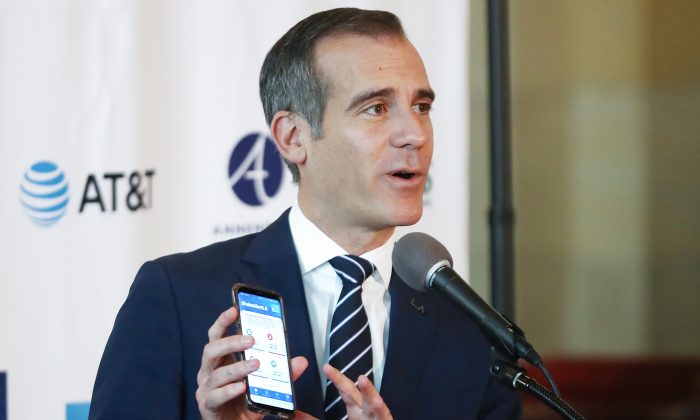 A smartphone application that is able to send alerts seconds before an earthquake hits Southern California is now available for the public, Los Angeles Mayor Eric Garcetti announced on Jan. 3.

ShakeAlertLA, the first of its kind in the United States, is a free app that allows users to receive warnings when an earthquake of magnitude 5.0 or larger is detected across Los Angeles County. The earthquake early warning app was developed through a collaborative effort from the United States Geological Survey (USGS), AT&T, Garcetti’s office, and the Annenberg Foundation.

“Angelenos should have every chance to protect themselves and their families when there’s a major earthquake,” said Garcetti in a written statement. “We created the ShakeAlertLA app because getting a few seconds’ heads-up can make a big difference, if you need to pull to the side of the road, get out of an elevator, or drop, cover, and hold on.”

**Just launched** If you live in Los Angeles, download the #ShakeAlertLA app to get notified during the critical seconds before an earthquake hits. https://t.co/AgCXLDuzWO #ThursdayMotivation pic.twitter.com/MLBKfLAsXQ

Although the official announcement was made on Jan. 3, the application was launched in the Apple and Android app stores on Dec. 31, 2018, fulfilling a promise that Garcetti made in 2017.

On Sept. 19, 2017, a 7.1 magnitude earthquake hit the center of Mexico, resulting hundreds of collapsed buildings and about 370 fatalities. The disaster worried residents of Southern California, where earthquakes constantly threaten the area. Garcetti told ABC 7 on Sept. 22 that Los Angeles would be able to extend the earthquake early-warning system to the general public by the end of 2018.

According to the statement from Garcetti’s office, ShakeAlertLA is only a pilot project and aims to provide the entire West Coast with an early-warning service. Data used in the app is collected and shared by the ShakeAlert System, which has been developed and tested by the USGS for more than a decade.

“The City of LA is an important ShakeAlert partner, undertaking the nation’s first test of delivering USGS-generated ShakeAlerts to a large population using a city-developed cell phone app,” USGS Director James Reilly said. “What we learn from this expanded pilot in LA will be applied to benefit the entire current and future ShakeAlert system.”

However, the warning’s effectiveness depends on the distance from the quake epicenter.

In addition, questions concerning the reliability of the early-warning systems still need to be answered. When the deadly Camp Fire ignited, more than one-third of Paradise residents who signed up for the emergency phone calls did not receive the warning, according to the Los Angeles Times.