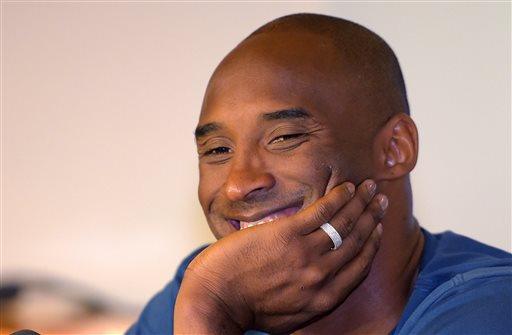 The Los Angeles Lakers roster is mostly set but fans are wondering who the starting lineup will include.

Kobe Bryant is the obvious starter, and Jeremy Lin should start at point guard as opposed to aging veteran Steve Nash.

New acquisition Carlos Boozer will likely start as well, with Jordan Hill or Ed Davis starting at the other big man position. Julius Randle could start but many believe that he’ll begin the season by coming off the bench.

Nick Young could also start at small forward, though Yahoo notes that “If Young’s your starting small forward, your team’s unlikely to go anywhere of note.”

Xavier Henry is another option to start at small forward, after coming back on a one-year deal. Wesley Johnson also came back but Young and Henry are more likely to start than him.

Lakers president Mitch Kupchak noted earlier in the offseason that Kobe could play some time at the small forward position, though it’s extremely unlikely he’ll start there, reported Serena Winters of Lakers Nation.

The Lakers lineup should solidify in the coming months leading up to the season. A trade could happen at some point to bring in a better small forward, but the Lakers don’t have too many assets so that’s also unlikely.

See the full roster below: