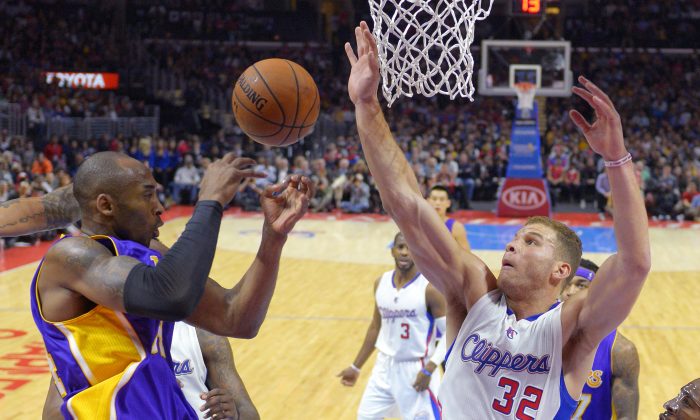 The Los Angeles Lakers rumors and news are heating up, particularly about Kobe Bryant and potential trades.

Kobe to Get Shut Down?

Word that Kobe could get shut down for the rest of the season provoked strong reactions.

Mark Medina of the L.A. Daily News had the report, saying on Twitter: “Byron said it’s too early to know if he would shut Kobe down for season. Said after All-Star break, he would revisit that idea.”

But Kevin Ding of Bleacher Report slammed the report.

“I think it’s not planned in any way by the Lakers, and I know that the specter of ‘shutdown’ in headlines gets people excited or worried, but the Lakers haven’t talked about this at all,” he said.

“They’re just going with Kobe day-to-day, trying to make sure that he has a decent amount of energy after all the energy that was burnt out by Byron pushing him and making him do pretty much everything. There’s no injury, there’s nothing really bad going on that should cause fans to worry or think that he’s going to miss about two months of the season.”

Would it be a good idea to save Kobe for next season?

“He’s not going to get younger,” Ding noted.

Medina later gave an update, saying: “Byron has talked with Mitch Kupchak and Gary Vitti about trying to ‘preserve’ Kobe so he’s healthy next year. No talk of shutting him down.”

Coach Scott told reporters that he “messed up” by playing Kobe so much at the start of the season. And he said the team misses Bryant, struggling to close games without him.

We don’t have a closer,” Scott said at practice, reported Lakers Nation. “When it comes down to it at the end of the game, you still need that closer. Kobe is a gametime decision for Tuesday night against the Miami Heat.

Nick Young, the Lakers sparkplug off the bench, is struggling lately, making a paltry 28.4 percent of his shots in six games in January.

“I’ve relied on my three ball too much,” he told the Los Angeles Times.

“I’ve got to get back to playing my overall game, attacking the basket, getting to the line.”

Young is shooting even worse from three-point range, 18.8 percent.

“That’s how the basketball gods are talking to me right now,” he said.

Scott said he told Young that he’s got to focus on defense even if his shot isn’t falling.

“You can’t all rely on just the offensive end of the floor,” Scott said. “If he wants to help us win, you’ve got to rebound, you’ve got to defend, [get] steals.”

Los Angeles hasn’t made a deal yet since the season started but are actively making calls, searching for good ones.

The Lakers made calls about Dion Waiters before he was traded to the Oklahoma City Thunder, reported Ramona Shelburne of ESPN.

They also inquired about Greg Monroe and Brandon Jennings of the Detroit Pistons.

Both players were considered on the block before the Pistons took off following their waiving of Josh Smith.

Now the Pistons will likely not make any trades.

The Lakers also inquired about Rajon Rondo before he was dealt to the Dallas Mavericks, and are thought to have at least some interest in Reggie Jackson, who will be a restricted free agent after this season.

The Lakers are among the teams eyeing Lithuanian forward Mindauga Kuzminskas.

The 6’9″ wing impressed when Lithuania played Team USA in the FIBA World Cup, scoring 15 points on 6-of-9 shooting and also grabbing nine rebounds.

That game, in addition to solid seasons in the Euroleague, has raised Kuzminaskas’ profile, sources told Basketball Insiders.

“NBA scouts are asking about the length of Kuzminskas’ contract in Spain. The Los Angeles Lakers and Utah Jazz, among others, have inquired, a source shared,” it reported.

Kuzminskas is averaging 10.2 points and 3.9 rebounds in 21.6 minutes per game in the Euroleague. He’s shooting 38 percent from three-point range in the Spanish competition.

Kuzminskas has been very productive this season and there is NBA interest for sure. Teams have spoken with Malaga, but nothing is imminent at the moment,” Lithuanian based agent Tadas Bulotas

Kuzminskas will be a restricted free agent after this season but Malaga might not exercise his extension. He’s open to playing in the NBA’s Summer League this year.