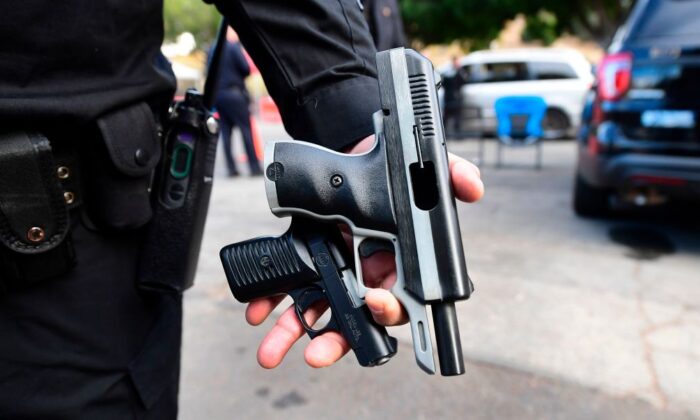 “I believe it’s a safer Los Angeles with those 267 fewer firearms. I recognize that the number of firearms in our communities is substantial, but every firearm off the street is one less firearm that can be used against another individual,” Moore said.

The buyback program was held in the Exposition Park, Florence-Firestone, Van Nuys, Wilmington, and Westchester neighborhoods. Fliers advertising the program reminded Angelenos that the possession of ghost guns is illegal under a new ordinance that went into effect last year after passing the City Council unanimously. The ordinance also prohibits the purchase, sale, receipt, or transport of ghost guns.

Ghost guns are virtually untraceable firearms, without serial numbers, that can be assembled by unlicensed buyers from legally purchased kits. The unfinished parts are inexpensive and not required under federal law to have serial numbers or a background check to purchase.

Violation of the city ordinance is punishable by a fine of up to $1,000 and up to six months in jail.

This year’s buyback program was the city’s 17th, and over the years the department has received 17,634 firearms, including 716 assault weapons, Moore said.