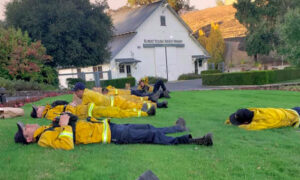 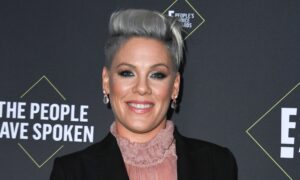 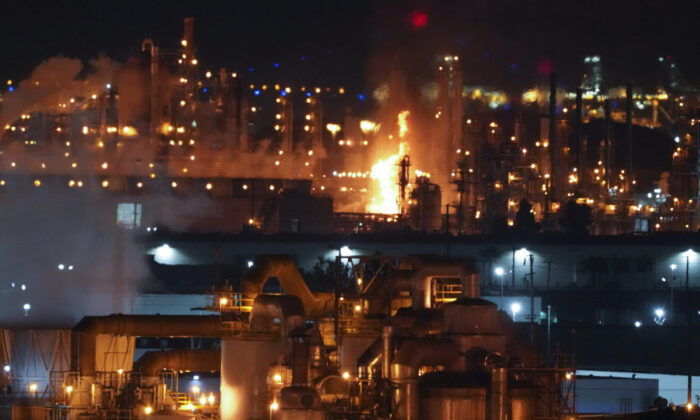 A fire burns after an explosion at the Marathon Refinery in Carson on Tuesday, Feb. 25, 2020. (Scott Varley/The Orange County Register via AP)
US News

A fire at a large refinery in metro Los Angeles was under control early Wednesday and no injuries had been reported, authorities said.

Firefighters continued to pour water onto part of the refinery at sunrise but there were no large flames visible.

The fire erupted late Tuesday after an explosion in a cooling tower at the Marathon Petroleum refinery in the city of Carson, the Los Angeles County Fire Department said.

REFINERY FIRE | FS36 | #Carson | An explosion preceded fire in a cooling tower at the Marathon Refinery. Marathon personal keeping flames in check via fixed ground monitors while they work to depressurize the system. LACOFD assisting.

Air monitors on the perimeter of the refinery found no harmful products were emitted during the fire, the department said.

Authorities did not immediately say what sparked the fire, which prompted officials to temporarily close all lanes of the Interstate 405 freeway.

Marathon is the largest refinery on the West Coast with a crude oil capacity of 363,000 barrels daily, according to the company’s website.