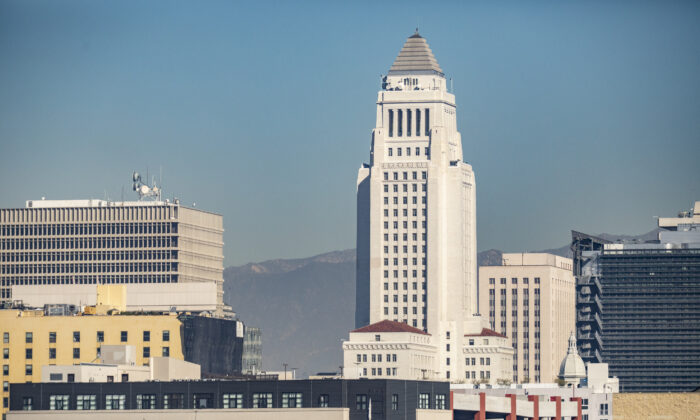 The motion, which was both introduced by Councilman Gil Cedillo and passed by council members Wednesday, cited Los Angeles Times reporting from Saturday about investigators with the District Attorney’s Office’s former Los Angeles Hazardous Waste Task Force finding 252 barrels filled with toxic chemicals buried at the site in 1984.

The Los Angeles Times also reported that testing at the property—which is located at 135–153 W. Avenue 34—in 2021 found that volatile chemical compound levels were more than 4,000 times higher than recommended for residential standards.

“Toxins do not stop at property lines and there is an immediate need to perform further testing. This parcel sits across the street from an elementary school and residential housing,” read the motion, which was seconded by Councilman Kevin de León.

The motion noted that one of the compounds found at the property is the dry cleaning solvent tetrachloroethylene, or PCE, which—according to the U.S. Centers for Disease Control and Prevention—can cause harm to the nervous system, reproductive system, liver, and kidneys, and possibly cancer.

Chemicals had been dumped for four years before they were found in 1984, The Los Angeles Times reported. After the barrels were discovered, executives and employees of American Caster Corp., which operated the nearby manufacturing warehouse, served six months in jail and paid thousands of dollars in fines.

Real estate developers, who have agreed to assess contamination at the site, are seeking to build a five-story apartment complex in the warehouse’s place, along with space for retail and an underground parking garage. A community member found a 1984 article about the discovered barrels in the Los Angeles Times’ archive.

Following news about the chemicals dumped at the site, Cedillo presented a motion during Wednesday’s council meeting to begin immediate off-site testing.

“With the site being located adjacent to a residential population and sensitive uses, such as an elementary school, there is an absolute need for us to act today,” Cedillo said. “I have a long commitment in ensuring environmentally safe neighborhoods, from my landmark bill that cleans up California’s brownfields. Our continuous commitment to protecting the community’s health and safety is a matter of record.”