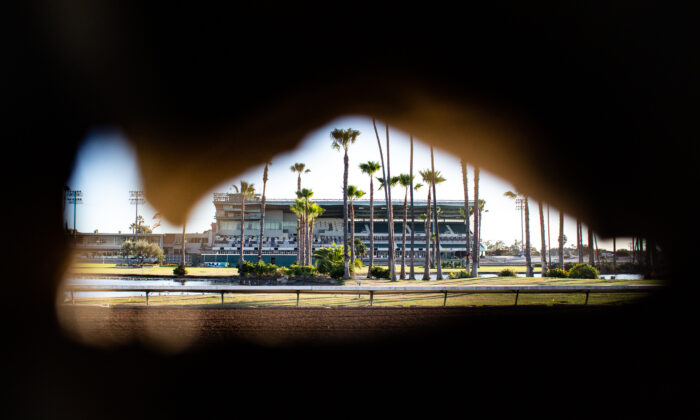 CYPRESS, Calif.—Following a spate of deaths of four horses in an 11-day span, Los Alamitos Race Course has taken a series of steps aimed at improving safety, including a consultation with a racing-surface expert to review the track, the California Horse Racing Board announced on March 24.

The most recent death at the track occurred on March 23, when an un-raced colt named See You At Front suffered a leg injury while galloping during training.

According to the California Horse Racing Board, Los Alamitos has eliminated the use of “high toe grabs”—similar to cleats worn by football players to give them better traction on turf—on rear horseshoes. The track also eliminated the “breaking bar” in quarter-horse races. The bar is similar to a starting block in track meets, adding traction at the start of a race.

The track is also consulting with a racing surface expert to determine if the track surface is a contributing factor to recent injuries, and it has contacted the University of California–Davis to “fund a study of lumbar fractures in quarter-horses,” the racing board officials said.

According to the racing board, a lumbar—or back—fracture led to the March 19 death of a 3-year-old filly named Fastidious, who pulled up during a Los Alamitos race before reaching the finish.

Wednesday’s death of See You At Front and the March 20 death of Stolen Lives after a race were both the result of euthanasia due to lower leg injuries, according to the racing board.

The March 12 death of a mare named Ballet Royalty, who collapsed after a race, was attributed to “sudden death,” with a necropsy pending.

A fifth horse—Big Fabuloso, a 4-year-old gelding—died after suffering an injury while racing at the track on Jan. 8.