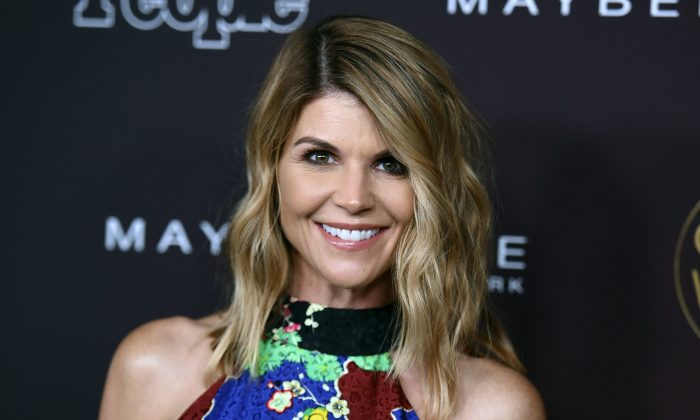 Actress Lori Loughlin arrives at the 5th annual People Magazine "Ones To Watch" party in L.A., on Oct. 4, 2017. (Richard Shotwell/Invision/File via AP)
By The Daily Caller News Foundation

Lori Loughlin’s drama “When Calls The Heart” will not be canceled, but Loughlin has lost her role as executive producer and lead in the series.

Hallmark cut ties with Loughlin on March 14 over her alleged involvement in the now-infamous college admissions scandal. Fans of Loughlin’s show “When Calls The Heart” freaked out over it being potentially cancelled, according to a report published Wednesday by Entertainment Tonight.

Hallmark and Loughlin’s co-stars took to social media to reassure fans that the show isn’t over yet. Producer Brian Bird posted a statement Sunday to Instagram.

He wrote, “As for the show itself, we know millions of fans are on pins and needles wondering what will happen now. Let us reassure you, When Calls The Heart has always been bigger than the sum of its parts, and it HAS NOT BEEN CANCELED.”

Paul Greene and Andrea Brooks shared that they were thankful for the support from fans on their respective social media accounts as well.

Greene wrote, “Love you all thanks for the amazing love and support through this tough spot.”

While Brooks shared, “I just wanted to take a moment to tell you that I appreciate the tremendous outpouring of love and support over the past week.” She continued, “Your kindness and dedication does not go unnoticed.”

The “When Calls The Heart” team has gone on a “creative hiatus” to rewrite the remaining six episodes of the current season, according to Bird.