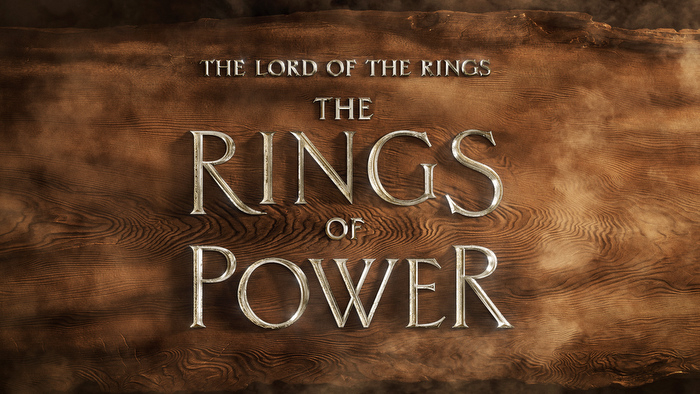 Lord of the Rings: Rings of Power. (Amazon Studios)
Viewpoints

Lord of the Wokes

I first read J.R.R. Tolkien’s “Lord of the Rings” in the summer of 1971-2. I’m a slow reader, always preferring to savour the language (especially when it’s written by a master craftsman and poet), so I took three or four days to reach the end.

There’s always some sense of loss when you finish a task like that, however pleasurable the journey, the more so when the book is a truly great one—and Tolkien’s epic work is all of that. More than 50 years later I can still remember that feeling of emptiness when the grand saga ended.

Strangely enough I’ve never read it again. It’s not because I find the thought of all that reading particularly daunting. No, the length is not the issue, but rather a fear of being disappointed, of somehow marring or cheapening a happy memory: it’s so often a mistake to go back, or to seek to repeat an incomparable adventure of the mind.

One of its most enigmatic characters was Tom Bombadil. He comes out of nowhere, a semi-divine figure whose good purpose and intent to drive out evil is almost obscured by, for want of a better word, his jocularity. He understands evil, doesn’t trivialise it or underestimate its viciousness, but in his happy heart he knows that good will prevail in the end and delights in campaigning for victory:

Get out, you old Wight! Vanish in the sunlight!
… Come never here again! Leave your barrow empty!
Lost and forgotten be, darker than the darkness,
Where gates stand for ever shut, till the world is mended.

The key phrase in this passage is “till the world is mended,” addressed to the force of evil. It expresses a certainty that the world has been broken, but will assuredly be fixed again, at the end of time, when all our strivings are over.

Tolkien, you see, was a very faithful Catholic Christian. He denied that Lord of the Rings was a simple allegory, yet it does have distinct allegorical components and, much more importantly, it is imbued with a Christian worldview that was absolutely in-your-face obvious to any reader 50 years or more ago.

Today, however, the modern reader in our post-Christian or anti-religious world may have lost (or might never have acquired) the intellectual furniture that recognises in Tolkien not merely a grand storyteller, but a deeply religious and therefore essentially optimistic moralist.

Ostensibly, Middle Earth is a sort of idealized, quintessential, mythopoetic Europe. And not just Europe in general, but Northern Europe, the world of Beowulf, Norse saga, heroes and gods.

This was Tolkien’s special creation, shaped by a mind enriched by his studies in myth and language.

But it’s also a world of Christian chivalry, selfless courage, and fearless boldness in the face of cosmic danger.

It’s all there: the notion that the universe is governed by divine and loving intelligence, yet tainted by terrible and inexplicable evil. That good will finally prevail, but only after long and cruel warfare. That those who would save the world must be prepared to expend their lives for the sake of their friends. That the courage of the warrior who fights in the cause of justice (not a popular notion in our days) has true nobility: Tolkien was no pacifist, nor was his friend C.S. Lewis, for both believed that some wars are just and honourable.

My first reading of Lord of the Rings is a sort of treasured, inviolable memory and I felt by and large that Peter Jackson’s movies honoured and conveyed the spirit of the originals.

But Prime Video’s The Rings of Power, just released, is quite another matter. Yes, there are special effects galore, but they’re par for the course in any twenty-first-century production. Visually it’s spectacular, no argument.

But why do they bother? What is it that inspires modern filmmakers to ride on the coattails of a beloved film series that once gave pleasure—while milking its loyal fans—all while ignoring their essence and distorting their characters?

This prequel is a triumph of wokeness with the usual tediously predictable tinkering to reduce the number of European white males and play down their importance in the story.

Nobody would suggest that Tolkien’s imaginary world is objectively superior to any other work of human fantasy, but it is what it is, and adapting it to conform to modern notions of political correctness is simply cultural appropriation.

By all means re-cast James Bond and Dr Who as women, if you really want to make the point, but please leave the Lord of the Rings alone and have the originality to think up some other myth to enthral your audiences.

Imagine a Japanese film about the Samurai, in which European or African women were cast as warriors. What on earth would be the point?

Like Tolkien, Shakespeare has lost his immunity too. It’s not surprising when attacks come from outsiders, but if, as has happened, a spokesperson from the Royal Shakespeare Company talks about “toxic masculinity” in All’s Well That Ends Well, and complains about its racism, sexism, and ableism, you realize that the enemy is within the walls.

What is wokeness really about? If we were conciliatory we could commend its motives: justice, equity, and inclusiveness as desirable goods.

But woke individuals are often ruthless in their silencing of those whom they deem “inappropriate” (one of those words that sounds almost like a gentle rebuke but in fact reeks of suppression), as well-known figures such as Jordan Peterson and J.K. Rowling know to their cost.

Wokeness is a First World phenomenon. In the words of Prof. Barry Spur, it finds its most fertile ground in the minds of a narcissistic middle-class elite “assuaging their guilt over material success, by the fanatical appropriation of this neo-puritan religion-substitute,” and espousing causes that cost them nothing.