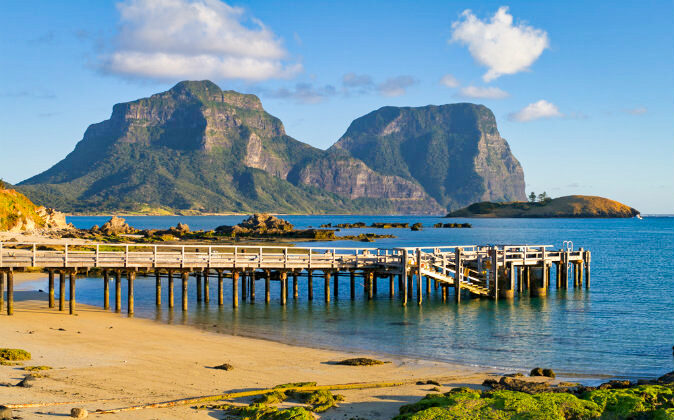 The New South Wales government has announced that Lord Howe Island (LHI), home to over 33 threatened species and many critically endangered species has made a great recovery in biodiversity since the eradication of rodents in 2019.

James Griffin, New South Wales Minister for the Environment said the population of the endangered LHI woodhens has almost tripled to about 565 since the intervention was implemented in 2019.

“This is good news for the Lord Howe Island woodhen, which was once on the brink of extinction, with the population as low as 22 birds in the 1970s,” he said on April 23.

“It’s also good news for the more than 33 other threatened species of flora and fauna found on magnificent Lord Howe Island.”

“They were previously thought to be extinct, with only shells of the snails having been found. This is an incredibly optimistic sign for the future of conservation,” said Griffin.

LHI has a large number of threatened species found nowhere else on earth. Before the program began, there were thousands of rodents on the island, damaging plants and animals.

The rodent eradication program, which finished in 2019, aimed to eradicate introduced rodents; the ship rat and the house mouse from LHI and its associated islands and islets to prevent re-introduction.

Mice were controlled by both aerial and ground baiting with cereal pellets containing the toxin brodifacoum distributed across LHI; the only island within the group known to contain rats.

However, as ship rats were known to be able to swim 500 metres, local islets and islands were also baited.

Ground baiting and aerial baiting were conducted in 2019 for mice and eradication of masked owls followed. The birds were originally introduced to the island from Tasmania and the Australian Mainland to control ship rats but are now seen as pests to the conservation of LHI (pdf).

The rodents are thought to have been fully eradicated with the final detection and monitoring conducted in August 2021 but ongoing biodiversity monitoring will continue over the next 3 to 10 years.

The program saw increased numbers and breeding success for birds that have been decreasing in population size such as Kermadec petrel, masked booby and white-bellied storm petrel as well as increased seeds and seedlings for many plant species including the critically endangered little mountain palm (pdf).

“By controlling pigs, cats, goats, plant disease and rodents, Lord Howe Island’s native fauna and flora has been able to recover, demonstrating that good science and management can help to turn back the tide of biodiversity decline,” Griffin said.

The program follows previous eradication programs of cats and pigs in the 1980s, feral goats in 1999 and the weed Myrtle Rust in 2018.