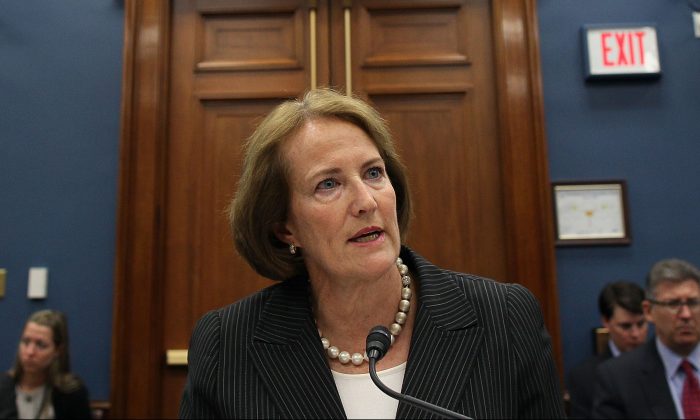 Business owners can now secure loans in days, or even hours, without ever walking into a bank, thanks to the explosion of alternative lenders.

The new crop of lenders, mostly online, fill an important gap in access to credit for small businesses. They also slip through the regulatory cracks, which has made it difficult for the government to rein in bad lending practices in recent years.

“One of the reasons the small-business online lenders fall through the cracks is that there is no regulator at the federal level that licenses them because they are not banks,” said Karen G. Mills, a senior fellow at the Harvard Business School and the former administrator of the U.S. Small Business Administration under President Barack Obama.

Mills published a white paper in December on the state of small-business lending, co-written by Brayden McCarthy, vice president of strategy at Fundera, an online small-business credit marketplace. The authors called for regulatory action to prevent a repeat of the subprime crisis.

Their recommendations include creating a national non-bank charter that will promote a transparent regulatory regime. This will protect small-business borrowers against bad actors, without stifling innovation.

Another reason online small-business lenders fall through the cracks is the nature of the current regulatory environment, which Mills and McCarthy describe as “a spaghetti soup.”

There are several regulatory bodies that oversee some aspects of the small-business online lending market, with overlapping authority and mandates. However, no federal regulator currently has a clear jurisdiction.

In addition, small-business owners do not have the same kind of protection available to consumers.

“The laws that cover consumer lending do not oversee the small-business lending,” said Mills, “because small businesses are viewed as being sophisticated and not in need of the same kind of disclosure protections.”

This view holds true for large and medium-size firms, according to McCarthy. But it does not apply to small businesses like a one-person startup, a mom and pop shop, a local dentist office, or a local restaurant.

But many of these business owners are no different from everyday consumers, so they also deserve basic borrower protections, McCarthy said.

The online lending industry began to take off after the economic crisis of 2008, when community banks dramatically curbed their lending to small businesses. The online lenders filled an important gap in providing loans to those that failed to secure a business loan from traditional banks. However, the oversight fell short.

Since online lenders are far less regulated than banks, they can often dodge rules that demand transparency. Some of them have misleading language and hidden terms in their loan agreements.

The lack of transparency on price and terms makes it difficult for online borrowers to make apples-to-apples comparisons and choose the best loan offers.

For example, a merchant cash advance is often priced using a “factor rate” or a “multiple,” rather than the more straightforward annual percentage rate (APR). When calculated as an APR, these loans can cost between 35 and 70 percent and in some cases even reach as high as 300 percent.

He provides legal services to small firms that fall victim to these online lenders.

Shipkevich said he would often come across victims who sign agreements with “confession of judgment” provisions. These provisions force borrowers to give up their right to dispute a claim in the future.

It would be beneficial for regulatory reform to provide the same kind of disclosure activity for small-business loans as we have for consumer loans.
— Karen G. Mills, former administrator, U.S. Small Business Administration

Shipkevich also witnessed some lenders deceive borrowers by putting bogus interest rates in the agreement. “It’s just a bogus number—like 15 percent, for example—that exists in these contracts to induce customers to sign,” he said.

Online lenders are subject to a series of state and local regulatory regimes. States, for example, can pass their own usury laws to cap interest rates.

However, most states currently provide little oversight on small-business lending, hence “a coordinated regulatory and policy action is needed at the federal level,” the white paper says. Regulations are important, as existing self-policing efforts cannot force every lender to be fair and transparent.

There are industry players that promote responsible lending, such as those who sign the Small Business Borrowers’ Bill of Rights, an initiative launched by the sector two years ago to protect borrowers’ rights that are not shielded by law. Online platforms like Lending Club, Fundera, and Funding Circle are among the signatories.

“We started with six participants. There are now 70 signatories,” said McCarthy.

However, self-policing efforts alone are inadequate to prevent predatory practices.

“We can’t force the firms to comply with it,” he said. “We are not regulators, we are not the attorneys general. If you sign on to the document, you agree that your organization lives up to the principles attached to that document.”

In order to promote transparency and strengthen borrower protection, some firms including Fundera have formed a set of universal disclosure boxes that allow small businesses to better compare and understand loan offerings.

President Donald Trump pledged to repeal the Dodd-Frank Act, a set of banking regulations enacted in 2010 by the Obama administration.

A reform would be positive for community banks, as they have been hurt most by the costs of regulation. Lowering the costs of compliance would allow them to return to small-business lending.

In addition, financial technology innovation should be encouraged while bringing it under a transparent regulatory regime, says Mills. Online lenders will continue to fill the gap in small loans that are below $50,00 or $100,000.

This would allow small businesses to invest in growth, create more jobs, and continue to play an important role in the U.S. economy.

After all, according to the Small Business Administration, small businesses employ half of the nation’s private sector workers, and they have created 60 percent of new jobs in the last two decades.