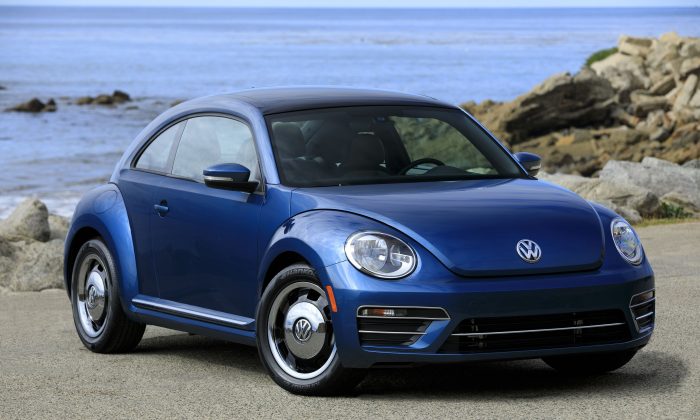 An interview with Daniel Weissland, president and CEO at Volkswagen Canada
By David Taylor

Founded in 1937, the Volkswagen Group, is a German multinational automotive manufacturing company headquartered in Wolfsburg, Germany. To the vast majority of individuals, Volkswagen is best known as the manufacturer who designed and built the car which would become known as the Beetle. Originally tasked to build the peoples’ car—which is what Volkswagen means in English—this unique two-door car has seen many changes since its initial introduction, and for the most part, has retained the quirky visual—and engineering appeal—that has made it a multi-million unit seller globally even to this day.

Volkswagen launched a new generation of game-changing front-wheel drive vehicles in the 1970s, including the Passat, the Polo, and the Golf which quickly gained traction due to its appealing design, its compact size, its ability to be adapted for different markets and yes, even demographics. Its unique engineering attributes and general efficiencies soon made it a global bestseller.

While initial impressions may relate to the Beetle, Volkswagen truly is a global brand with many equally famous marques under the VW umbrella. This is definitely a case the sum of its parts equaling the whole. The Volkswagen Group designs, manufactures, and distributes passenger and commercial vehicles, motorcycles, engines, and turbomachinery while also providing related services including financing, leasing, and fleet management. Point of fact: VW is the world’s largest automaker by sales. Furthermore, VW has maintained the largest market share in Europe for over two decades.

We recently sat down with the new president and CEO of Volkswagen Canada, Daniel Weissland and discussed the future role Volkswagen will play in the Canadian automotive theatre.

It should be noted that Mr. Weissland is no stranger to these shores having been in a similar role at Audi Canada.

It could be argued that the Volkswagen Group resembles an iceberg. The densely packed ice that is visible above the surface of the ocean represents a very small part of a mighty mass. It’s what we cannot see or might even be aware that provides the overall substance. The Volkswagen Group is a global dynamo. In fact, with a portfolio that while disparate, today represents some of the world’s most prestigious performance-oriented and luxurious brands. Names, while synonymous in their own right, take on a whole new meaning when they are enveloped by this German-based powerhouse. Were you aware that the Volkswagen Group sells passenger cars under the Audi, Bentley, Bugatti, Lamborghini, Porsche, and Volkswagen marques—to name a few? That represents 12 brands globally and seven in Canada.

With 2017 sales in Canada just under 70,000 units, Volkswagen appears to be gaining positive momentum for the future.

“Yes, this is true,” stated Mr. Weissland emphatically. “Canadians generally have an affinity for Volkswagen automobiles—whether as sedans, hatchbacks, or even crossovers and SUVs.”

“In fact,” continued Mr. Weissland, “Volkswagen is a leading manufacturer of technology and innovations. For all our vehicles, dependent on market share, demand and category, we, as a company, continue to emphasize our capabilities.”

“You see, as a global group, The VW Group embraces technology and the individual VW brands present it in practical guises across the overall portfolio.”

With such a varied and disparate array of brands, how does VW function? Is the technology interchangeable?

Smiling, Mr. Weissland continued, “We would not, for example put a 12-cylinder engine from a Lamborghini into a Golf—it’s just not practical! We can, however, consider tech generally found in premium, luxury brands which might be adapted for our everyday transportation. Within our general ranks, technology innovations abound. Much of our tech is scaleable. VW as a group can determine which one or perhaps all our marques might make best use of specific technology.”

What is the Volkswagen unique selling proposition? In other words, what makes a VW, a VW?

“Regardless, within Volkswagen, we tend to stay true to our roots. A Volkswagen will always be recognized as such—and not just by the VW roundel. A Volkswagen looks and drives like a VW. Pure and simple. Much focus was and is placed upon the VW brand to ensure quality and precision.  It’s about production values. Materials. Finishes—the final presentation. Volkswagen can position itself away from other volume brands. In fact, I believe that Volkswagen can and does compete above its perceived “place” in the general marketplace.”

Last year, renowned industry pundit Dennis DesRosiers posited that most mainstream auto manufacturers achieved 70 percent of their sales to light trucks, crossovers, and SUVs. Is this the case within Volkswagen Canada?

“At the moment, not really. VW is more passenger car focused. The ratio is likely closer to 50/50. But this, too is evolving. The VW SUV portfolio will expand organically over the next few years. Volkswagen has always had a strong market share in passenger cars and as long as this continues, VW will respond in an appropriate manner. Point of fact: in the first three weeks of its introduction, the all-new Jetta sold more than 2,000 units! And we can attest to the popularity of our full-size SUV offering, the Atlas, too.”

In 2016, Volkswagen Group announced a corporate “Strategy 2025” that focuses on electrification of its portfolio. The VW Group developed the Volkswagen Group MEB platform chassis that will be utilized in a range of various cars and light utility vehicles across several VW Group marques due to its flexibility and floor-mounted battery. “The Arteon,” Mr. Weissland added, “is a fastback designed sedan which will become the VW flagship product later this year. Volkswagen’s workhorse 2.0-litre turbo four is tuned to produce 268 horsepower and 258 lb. ft. of torque—this auto will be for customers cross-shopping Infiniti, Lexus, and Acura brands.”

Expect much from the VW Group in the near future. As of May 2018, the VW Group has committed $48 billion in car battery supplies and plans to outfit 16 factories to build electric cars by the end of 2022. The global conglomerate will offer 25 electric models and 20 plug-in hybrids by 2020.