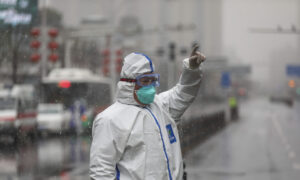 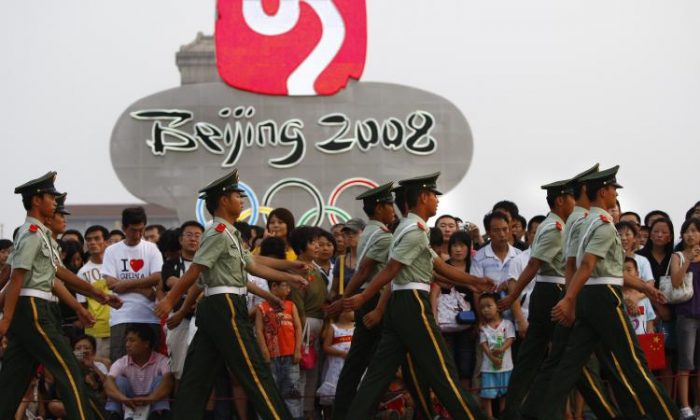 Looking Back: How the West Failed China With the Beijing Olympics

This opinion piece was originally published in 2008.

The International Olympic Committee (IOC), it happened on your watch. You let another Berlin 1936 happen right under your nose. And you rode the big commercial wave right into the algae-filled sailing pond.

You let yourself and the entire West be duped by the Chinese Communist Party (CCP) by giving them just what they wanted. This is the legacy of the 2008 Olympics, which has tarred the lofty principles of Olympism permanently.

So many shallow headlines have given glowing eulogies of the Beijing Games. Collectively, they reveal that Western minds still haven’t grasped the essence of China’s authoritarian, one-party state and why it wanted the Olympics so badly in the first place.

The Chinese regime hails the Games as a resounding success, and are willing to cut any corner to make that claim. At the closing ceremony IOC President Jacques Rogge’s statement that the games were “truly exceptional” was deliberately mistranslated into “the best Games ever.”

Rogge has repeatedly said that the Games would be a “significant force for good in China,” but for the vast majority of mainland Chinese people, the Olympics simply made things worse.

Not for the long list of reasons human rights groups have carefully documented, or the demolition of homes without compensation. Nor for the rounding up and arrest of so-called dissidents, or the environmental devastation–but, worse, because the West aided and abetted it all.

The West did not bring new hope for the people of China, the West permitted the entrenchment of the entrenched. It helped the regime prop itself up with false legitimacy, in its bid to sustain itself before it dies out.

The CCP never intended to change or “open up” or improve human rights; it only intended to bolster its legitimacy in order to continue its rule by force and lies. We continue to be duped.

The Nine Commentaries, which dissects the Party’s history and nature to its core, notes that the regime claimed, “Nothing significant can be accomplished without lying,” The Olympics were an elaborate lie.

“We have to have a good Olympics,” said Beijing’s Mayor Wang Qishan last year. “Otherwise not only will our generation lose face but also our ancestors.” Wang has since been promoted to Vice-Premier of the CCP.

Everything was riding on portraying the Games as a success and the CCP poured the nation’s resources into making that happen. From the abuse of the nation’s young to forge them into gold medal-winning machines to relocating imprisoned Falun Gong practitioners from Beijing labor camps.

From diverting water and power from drought-stricken areas to the Athlete’s Village, to shadowing foreign journalists and clamping down on dissent. From ensuring the state-controlled media followed a 21-point plan to spy on everyone all the time—nothing was left to chance.

It was a member of the Politburo, the most powerful members of the Party, who ordered a substitute “prettier” face for the voice of seven-year old Yang Peiyi in the opening ceremony.

There is no competition between means and ends when Party interests are at stake, from Mao Zedong’s days to today.

Huang Jianmin, a Chinese national who trained to work for the Chinese Foreign Service, said it would have been easy for the CCP to fake documents to make Chinese gymnasts He Kexin and Yang Yilin old enough for competition.

“Everything is under the Party’s control. They do whatever they want. Everything is designed to serve the state propaganda, and so if the state requires someone to be older than their actual age, it’s no problem, they can be older.”

“You have to understand, from the time you’re a child in China you’re taught to lie, Huang said, adding, “You’re pretty naïve in the West.”

Manyan Ng is the Executive Director of the German-based International Society for Human Rights (ISHR) and a 25-year veteran of doing business in China.

“I do not think badly of Chinese people, they are just badly educated by the Party,” he said.

The long list of Olympic promises that were systematically broken hardly raised an eyebrow beyond the usual upholders of human rights.

Perhaps it is difficult for our politicians, business leaders, academics and sportsmen to understand how normal it is for regime officials to roll out lie after lie. The level of trust in the West reaches a certain standard, this concept of trust, however, does not exist in Communist Party thought.

The West has truly failed to understand the CCP.

“All dictatorships share the common trait of seeking to “appear” good because they lack legitimacy and wish to cover up their evil-doings,” said Erping Zhang, Executive Director of the Association for Asian Research.

Former Chinese Consular diplomat Chen Yonglin said: “[The regime] wants to build up the image of harmony, as claimed by [Chinese President] Hu Jintao, build international reputation, and ignore serious human rights violations. They’re all evil actions against humanity. It’s dictatorship. It is persecution against the dissidents, Tibet, Falun Gong practitioners and other groups. It’s not to the benefit of the Chinese people. It’s just to build the image of the CCP.”

ISHR’s Ng describes the CCP as a “nationalist dictatorship” which used the Olympics in the same way Hitler did in 1936, to whip up nationalist fervor. Ng feels that similar to Germany, this nationalism in China could be at a potentially dangerous level.
“In 1936 Hitler used the Olympic Games to show the world they are a rising power and to bring up the nationalism of the German people and today—it’s the same thing,” said Ng.

Ng says, normal national pride is no problem, but what happened in Germany and what he sees happening in China are “very dangerous, because it leads to feeling superior to other people… And when enough people buy into the propaganda that tells them they are superior, they will be easily ready to fight and kill for the regime.”

By silently accepting the censored media (not withstanding the brief and incomplete restrictions lifted for select foreign visitors), by ignoring the pleas from Tibet, by not criticizing the round-up of Falun Gong practitioners and other so-called dissidents, by not denouncing the use of the protest parks for entrapment, by accepting the ‘police state’ security measures, not to mention more chronic human rights abuses, the West has given the CCP exactly what the script called for: external legitimacy.

Of course, if the IOC and Western leaders had stood strong for the values they espouse and all that is right and good about the Olympic Principles, the CCP may have blustered about “meddling in internal affairs” and “it takes time”—meaning, “butt out, we’ll do what we like because we know you’re all talk anyway.”

By giving the Games to Beijing, and paying scant attention to the “evil-doings” of the host, the IOC and the Western world played right into the hands of the biggest human rights violator in history.