Looking at the 2024 Presidential Election Way Too Early 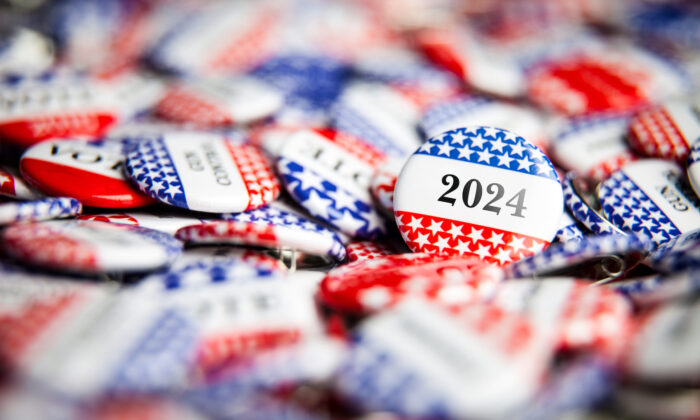 Predictions are difficult, particularly about the future, or so I was told by a person in a position (catcher) to know.

Nevertheless, fool that I am, and although my baseball career ended around the age of 8 and I will never be that Hall of Fame catcher, Yogi Berra, I am going to hold my nose and plunge in now—way too early—on the 2024 presidential election, based on what I am seeing out there in the zeitgeist.

Ironically, the Democratic side may be easier to call. President Joe Biden (whether he really won in 2020 or not) has huge and growing problems as his family’s foreign business dealings will be the subject of congressional investigations for the better part of this year and much of the next.

Democrats have known about this for a long time. In fact, Biden himself was a last-minute stopgap to prevent a second Donald Trump term.

They also know they need a replacement but who would it be? Pete Buttigieg? Amy Klobuchar? Kamala Harris? Gavin Newsom, governor of what is now the most reviled state in the union, in terms of its policies, by most of the country?

You don’t need to be the aforementioned Mr. Berra to say that’s a weak bench.

Meanwhile, exposures have been coming out about Biden right and left, increasing with “garage-gate.” Who instigated all this exposure at the very moment that Republicans were taking over the House and, more importantly, who benefits?

The answer has to be Michelle Obama.

The Obamas and their allies are making sure Biden doesn’t attempt a second term, to clear the way for Michelle.

She’s clearly their best candidate because she checks all their progressive boxes. Some will point out she has repeatedly stated that she doesn’t want the job. In actuality, that makes her a better candidate when “to save the country from the evil GOP,”  she “reluctantly” decides she must sacrifice her comfortable life “for the betterment of our people.” (How long this has been planned out, I leave to that deceased catcher.)

In order to stop her, those same House Republicans must show the man in the basement, Barack Obama, to be the source of the country’s current woes. Whether they are capable or even have the moxie to do it, remains to be seen.

On the GOP side, Trump would appear to remain supreme, at least if we are to believe the polls and the size of his crowds.

But he does have an Achilles’ heel, notably with his own base. This was highlighted by “Silk” at “Diamond’s” funeral. From Yahoo!Finance:

“Many of Donald Trump’s fiercest supporters are convinced MAGA influencer Rochelle ‘Silk’ Richardson—half of the ‘Diamond and Silk’ duo—attempted to send the former president a secret message during Saturday’s ceremony to celebrate her sister’s life.

“And what supposedly was that covert message that Silk floated while speaking at Lynnette ‘Diamond’ Hardaway’s funeral? A plea for Trump to stop pushing COVID-19 vaccinations.”

The 45th president should heed Richardson’s advice, because the situation could only grow worse as more is known, as seems certain, of the mortifying results of the so-called vaccines.

It’s understandable, considering what was known at the outset, that Trump opted for Operation Warp Speed, but now, or shortly, he must acknowledge that mistakes were made.

That would be the sign of a true leader.

Ironically, such an acknowledgment of understandable error would also improve his image with the elusive independent voter he’s going to need in that battle against Michelle—if I’m correct. It would help undermine the constant—though entirely false—accusation of imperiousness used against him.

Otherwise, as Trump well knows, he has the popular Florida Gov. Ron DeSantis, a man who has flipped his state red in a landslide, waiting in the wings to take the nomination. And it won’t be enough to call him “Ron DeSanctimonious” or whatever; that has been and will be laughed off. As a successful television producer, Trump should know that what worked well in 2016 is likely to seem shopworn in 2024.

As for the other possible GOP candidates, what the Tennessee Star’s Michael Patrick Leahy accurately calls the Munchkins—Haley, Pompeo, Pence, and so forth—it boggles the mind that anyone would want to waste their money backing candidates with such low chances.

If you have so much spare cash, why not use it for something that could actually have a positive effect on humanity, like pediatric cancer research?