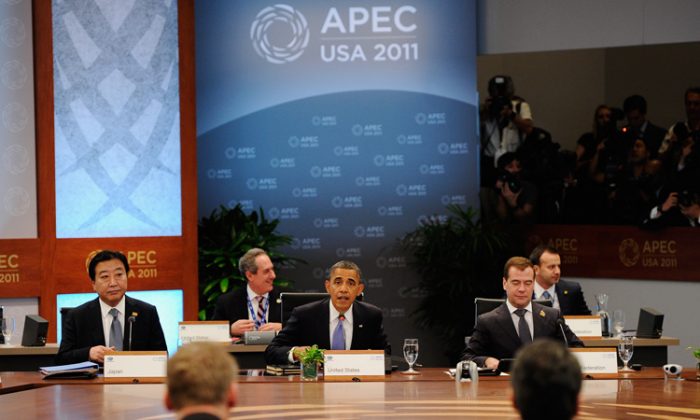 Ships waiting to be loaded at the harbor in Qingdao, in northeast China's Shandong province in this photo taken on Oct. 17, 2011. Chinese firms are very adept at using rules and regulations in a way they were not intended in the hope of luring foreign investors. (STR/AFP/Getty Images)
Business

Looking at China Investments With a Critical Eye

China’s entry into the World Trade Organization (WTO) in 2001 was seen by investors who were used to fair play and the relative ease of investing money in the Western Hemisphere as an opportunity that could make them thousands or even millions of dollars in the long term.

Many investors faced pitfalls, as they, in their exuberance to find a new venue for their investment money, had not studied the market and were faced with pitfalls, impediments, and complications not experienced in any other markets worldwide.

“Lack of knowledge of the Chinese laws and administrative regulations, and the cultural difference between China and Western countries as well as the language barriers will increase the challenge faced by foreign companies and investors,” according to an entry on the PRLog website, a press release distribution service.

One major issue, which addresses reliability and transparency, is that the Chinese regime, claiming national security issues, has forbidden the U.S. government-owned nonprofit Public Company Accounting Oversight Board (PCAOB) from reviewing audits of Chinese companies traded in U.S. markets. These companies still could be listed on U.S. stock exchanges, appearing as if they made the grade, but could be found to have misrepresented their financial condition and then suspended from trading on U.S. stock exchanges.

“Because of the position taken by certain non-U.S. authorities, the PCAOB currently is prevented from inspecting the U.S.-related audit work and practices of PCAOB-registered firms in certain European countries, China, and—to the extent their audit clients have operations in China—Hong Kong,” said the PCAOB on its website.

Chinese firms, in the hope of luring foreign investors into their fold, are very adept at using rules and regulations in a way they were not intended. One of the tricks used by many Chinese companies is the reverse merger. The Chinese firm sets up a legitimate U.S. shell company that has no real assets and then goes public, an arrangement that takes only 60 to 90 days to complete and is considered to be a backdoor type of arrangement.

When it comes to reverse mergers “fraud became so widespread, regulators and commentators coined the term Chinese Reverse Merger (‘CRM’) in order to describe a sector where investors assume the risk of accounting irregularities. … A weak rule of law in China has resulted in poor implementation and enforcement of its accounting regime. U.S. regulators are hindered in policing accountants since the auditing occurs in China, where they have no jurisdiction,” according to a 2011 paper by Benjamin A. Templin in the Thomas Jefferson Law Review.

In 2011, the Securities and Exchange Commission suspended trading with six companies, including Heli Electronics Corp., China Display Technologies Inc., and China Wind Energy Inc., all set up under the reverse merger type of arrangement. Other companies, including China MediaExpress Holdings Inc. and China Century Dragon Media, have had their auditors resign when the company would not allow the auditor access to bank records. In two other cases, the auditor, citing accounting fraud, resigned from China Intelligent Lighting and Electronics Inc. and NIVS IntelliMedia Technology Group Inc.