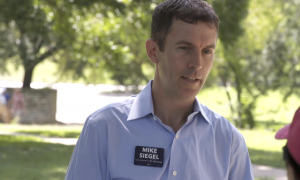 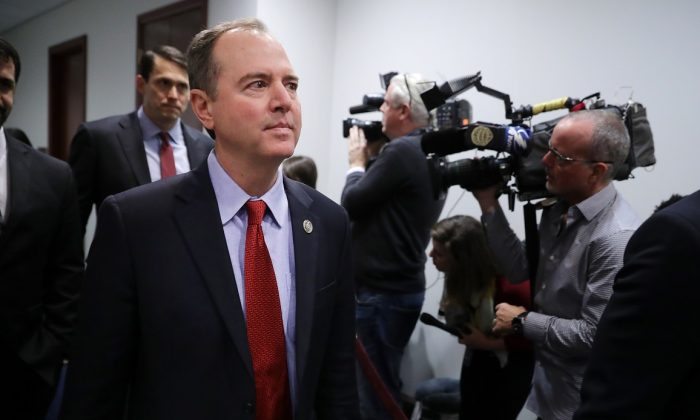 Wall Streeters, lawyers, and the insurance industry are the biggest group-donors to the five incoming Democratic committee chairmen in the House of Representatives who will likely be deeply lodged thorns in President Donald Trump’s side in 2019.

Topping the list of group-givers are lawyers and law firms, both in terms of total contributions to the five in the 2018 campaign ($810,910) and as the leading donor group to two particular Democrats who are expected to give Trump endless headaches in the 116th Congress.

Trump has intensely personal problems with both men. The president has referred to Schiff as “Little Adam Schitt,” after the California Democrat criticized Trump’s appointment of acting Attorney General Matt Whitaker. Schiff has also been an unrelenting critic of the president on the Russia probe.

Trump and Nadler go way back in New York politics, making the Manhattan Democrat probably the last person the president would want to see leading the judiciary panel. Nadler has opposed major Trump development projects, which may account for the president’s referring to him as “one of the most egregious hacks in contemporary politics.”

Having lawyers and law firms—including many trial attorneys filing big-ticket class-action litigation against Fortune 500 corporations and deep-pocketed, high-profile individuals—so prominent among donors to these two committee chairmen could pour salt on such wounds.

Waters—among the earliest House Democrat to use the I-word of “impeachment” against Trump—got $139,854 from the insurance industry, equaling 10 percent of her $1,383,640 in 2018 campaign spending, according to opensecrets.org. Neal received $435,900 from the insurance industry, an amount equal to almost 12 percent of the $3.73 million spent by the new Ways and Means boss to keep his seat in 2018.

The Massachusetts Democrat represents headaches on multiple fronts for Trump, most prominently with Neal’s promise to go after the president’s tax returns in 2019. Neal’s position at the helm of the powerful House tax-writing committee gives him legislative and political leverage that could be devastating for Trump.

Here’s how: One figure jumps out from a scan of Neal’s 2018 campaign contributors—76 percent of his contributions came from political action committees (PACs), including dozens representing his fellow House Democrats.

They helped Neal because it’s never good politics to be on the bad side of the Ways and means Panel chief. Thus, Neal could deploy an outsized influence on fence-sitting Democrats in the event of crucial votes on the House floor.

And Neal will have leverage in pressuring his partisan colleagues on other committees to take actions that can then become bargaining chips for Trump’s tax returns or other sensitive documents.

Thus, Schiff, Nadler, and Waters will grab lots of heated headlines against Trump, but don’t be surprised if Neal proves to be the behind-the-scenes power creating the president’s biggest problems.

As for the Wall Streeters, the securities and investment industry group wasn’t the top giver to any of the five, but it provided the second-highest contribution total at $622,659. This group ranked fourth on the lists for Nadler, Neal and Schiff, and third for Waters.

Cummings is one of the key voices in Congress for organized labor, especially including federal worker unions, for whom the oversight panel is their most important tool to keep their power.

Public-sector unions were Cummings’s biggest group donor, contributing $98,500. Other unions made up three of the remaining slots in Cummings’ top five, with lawyers and law firms being the fourth.

The oversight panel has a uniquely broad swath of authority, meaning Cummings can insert himself into pretty much whatever assault against Trump he chooses. And the 10-term Democrat can do so with little fear of upsetting his constituents in Baltimore, because he got almost 77 percent of the vote in 2018.