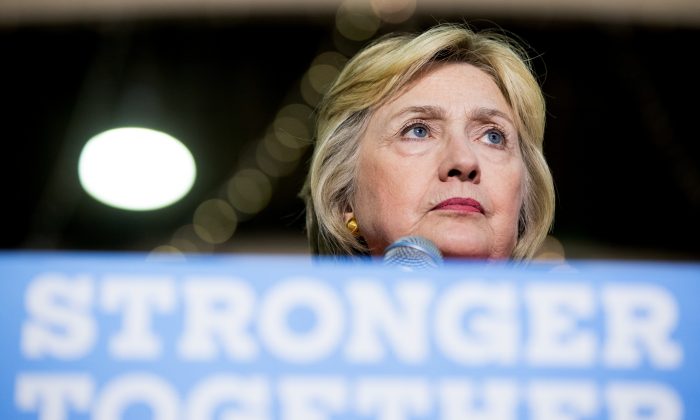 A longtime friend and confidante of Hillary Clinton said that she doesn’t think Clinton will run for office again in her lifetime following her devastating 2016 election loss.

There has been speculation, as reported by the New York Times and Newsmax, that Clinton might run for mayor of New York City against Bill de Blasio.

But Neera Tanden, a close ally of Clinton and head of the Center for American Progress think tank, told CNN: “I think she’s going to figure out ways to help kids and families. That’s been what she’s been focused on her whole life, and a lot of issues that are affecting them, over the next couple of years.”

“But I don’t expect her to ever run for any elected office again,” she added.

People close to Clinton told Politico on Tuesday said that she’s been “coping with her presidential defeat” over the past several months, but the report noted that she has not killed the rumors she’ll run for mayor of New York City.

“Everybody in politics knows why they are doing it. It’s very high school,” said Karen Hinton, a former Bill Clinton administration staffer who was also a press secretary for de Blasio, referring to the mayoral rumors. “It’s obvious she is not going to run, so why aren’t people just saying that?”

De Blasio has been a deeply unpopular mayor, with only 39 percent of voters saying that he should be reelected for another four-year term, according to a recent Quinnipiac University survey.

Since Nov. 8, Clinton has been rarely seen at public events. Clinton did come out last month, however, to accuse Russian President Vladimir Putin of meddling in the election, saying he had a “personal beef” with her.