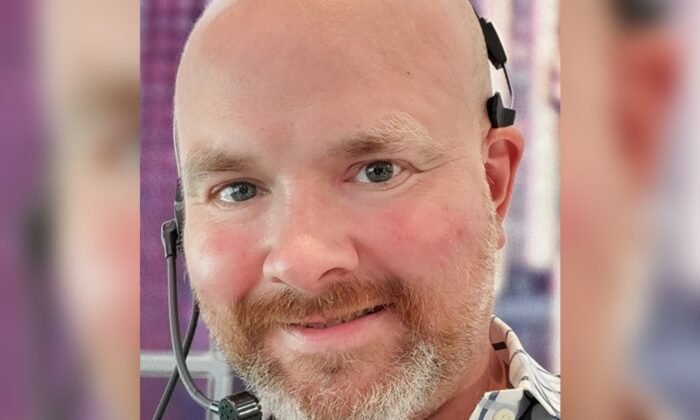 John Griffin, the longtime producer for CNN’s “New Day” fired in December over child trafficking allegations, has been hit with a $15 million civil lawsuit filed on behalf of a 9-year-old.

“For several years prior to 2020, the defendant solicited young girls, including the minor plaintiff, for the purpose of knowingly persuading, inducing, enticing and coercing them to engage in sexual activity, sexual exploitation, and/or sexual trafficking,” the lawsuit alleges.

Griffin, fired last month by the network, is alleged to have pressured parents to bring their daughters to a home he acquired in Vermont to engage in illegal sexual acts. He faces one trafficking charge, and two counts of attempted trafficking in federal court in the state.

The pressure worked in one case, according to charging documents filed in Vermont and Nevada.

Griffin allegedly convinced a mother to fly with her daughter from the latter state and they spent time together at the Vermont home.

Griffin and the woman are accused of engaging in sexual acts with the girl, 9. He faces up to life in prison if convicted of a single count.

The civil lawsuit filed last week similarly alleges that between April and July 2020, Griffin invited three women and their underage daughters over “for the purposes of sexual training.”

The suit seeks up to $15 million in damages and fees.

It alleges that Griffin took drone footage of a “completely naked 9-year-old girl” standing beside him while he was wearing his underwear.

“When confronted with this video during an interview by FBI agents, Griffin’s first response was merely to suggest he was not looking at the naked girl, despite that she was standing so close to him to be touching,” the prosecutor’s pretrial detention memo states.

After he was arrested on Dec. 10, without prompting, Griffin told authorities, “Without incriminating myself, I just want to let you guys know that I’m ashamed you even know my name at all,” according to court papers.

“In the time I’m with you guys, in the event I do anything inappropriate, I just want you to know that I’d feel the same way you guys would if I were in your situation. Thank you,” Griffin also purportedly said.

The woman who brought the girl to the northeast, described in court documents as the girl’s adopted mother, was charged in 2020 with child abuse and other counts.

Griffin has pleaded not guilty to all charges against him and is being held without bail in Vermont.