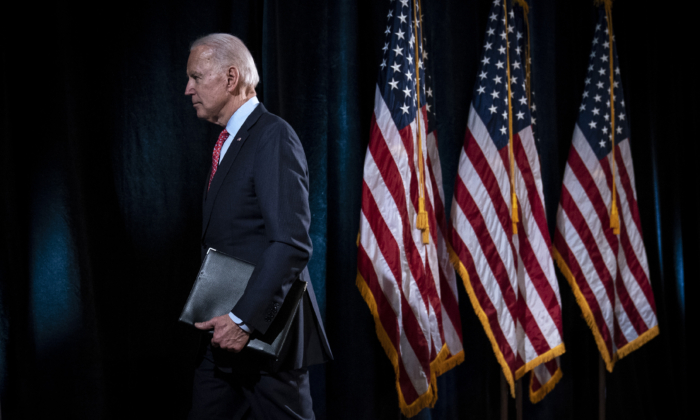 Larry Rasky, a longtime adviser to former Vice President Joe Biden, posthumously tested positive for COVID-19, according to the family of the deceased.

Rasky died Sunday, March 22, at the age of 69, according to the Boston Herald, citing Rasky’s son, Will Rasky. The outlet reported that the late Rasky died shortly after waking up, according to his son, and the cause of death was initially not clear.

In a follow-up report, the Boston Globe cited Rasky’s son as confirming that a postmortem revealed COVID-19 infection.

“On Thursday night, we learned that my dad, Larry Rasky, tested positive for COVID-19,” Will Rasky said, according to the Boston Globe. “Not being able to gather with family and friends has made mourning Larry’s death all the more difficult, so the impact of the pandemic was already felt. That said, Larry’s spirit and legacy have kept us all tied together.”

The late Rasky advised Biden and assisted with a number of top Democratic campaigns.

“He was a real friend,” Biden told the Boston Globe on Sunday. “He was also generous and sharp, and he just had a spirit about him. His passion for politics was amazing.”

“Larry Rasky was a political giant and loyal friend. We’ve all been made better by his commitment to our democracy. My thoughts are with his family during these difficult times,” said Rep. Joe Kennedy III (D-Mass.), in a tweet.

Massachusetts House Speaker Robert DeLeo tweeted Sunday after Rasky’s passing: “Larry Rasky was at the center of political life in our city, state, and country for decades. A brilliant strategist, he was a friend to House members, elected officials, and corporate leaders alike. He will be missed.”

A statement from Rasky Partners, the Boston-based public relations firm that Rasky headed as chairman and chief executive, published a statement on his passing.

“We are heartbroken,” it said.

“Larry was a giant in so many ways, not just professionally but personally,” the statement said. “He has left an indelible imprint on everyone he touched and the company that bears his name will go on in his spirit.”

“It’s doubtful Larry ever formally studied or took a course in PR or media relations. And yet there was never a better practitioner—as a crisis counselor, a consigliere to politicians, an adviser to corporate titans, and consultant to the many causes and individuals he championed,” the statement said.

“He was a mentor to many in this business. You’d be hard pressed to find anyone in the local media or political and corporate world who didn’t at one time or another seek his counsel,” the statement continued.

In one of his final tweets, Rasky addressed the COVID-19 pandemic.