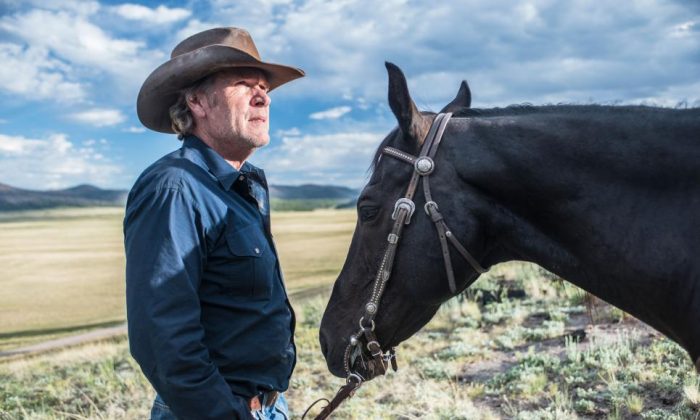 Longmire was canceled after season 3 but there is renewed hope that the show will get a season 4.

Fans started the Long Live Longmire campaign after the surprise cancellation, targeting basically every network apart from A&E, including streaming services Hulu and Netflix. Warner Horizon has also been a part of the efforts.

That campaign may have paid off–Netflix is “deep in negotiations for a fourth season of the drama series,” reported Deadline.

At the same time, the sources cautioned that the negotiations have been tricky and may not reach a final agreement.

If an agreement is reached, then production is expected to start in March 2015.

The potential Netflix agreement makes sense because the first three seasons of the show are already available via the service.

A&E canceled the show despite its nearly 5.6 million viewers per episode–a number very close to the season 1 ratings, and second on the network only to Duck Dynasty.

The Longmire Posse helped start the Long Live Longmire campaign, which included a petition for fans to sign urging other networks to pick the show up.

“By signing this petition – you pledge to follow Longmire to whichever network is lucky enough to get this exceptional TV show and its 5.6 million viewers!” it said.

The petition has garnered about 12,500 signatures so far.

Meanwhile, Adam Bartley has been among the cast members and others involved in the show to encourage fans to help with the renewal campaign.

“We’re asking everyone who loves Longmire to lend a hand to our ‘Long Live Longmire’ campaign. There’s definitely been some progress made,” he told Globe magazine.

“A lot of us are feeling very, very, excited about the possibilities. There’s a good chance we could hear some good news very soon.”