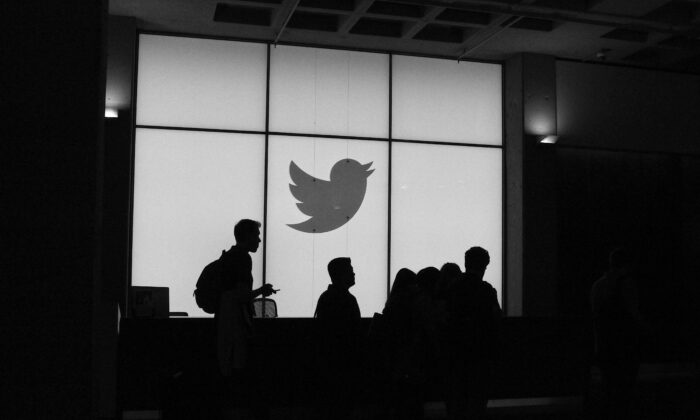 Free speech is under assault.

Yes, The Epoch Times was wrongly censored on Twitter.

But that’s only a symptom. The problem goes so much deeper.

This isn’t a revelatory statement, nor is it particularly controversial. Any honest individual, regardless of political leanings, will admit as much. The only people who would argue otherwise are either a) the ones who are doing the censoring or b) those who disagree with the viewpoints that are being censored, and, therefore, see no problem.

For the most part, we primarily know the motivations of the people in the first category: They are actively curating the news to support their specific political narrative, which provides a pretext for justifying their own hold on power.

But it is those who fall into the second category that are actually the more worrying ones. They often have been convinced that the views they disagree with aren’t just a difference in perspective or analysis, but rather that the opposition poses a real and tangible threat to themselves and others.

Once you can get someone to go along with that proposition, there’s no limit to where you can lead them.

In reality, though, the two groups are inextricable from one another, and the former is primarily responsible for the existence of the latter.

It isn’t enough to make the obvious statement that the majority of news outlets operate from a specific political bias. It needs to be understood that the process of information distribution is in itself a tool of control by those who seek to maintain authority over us.

The Method of Control

What follows is a barebones explanation of how maintaining authority works:

The U.S. government is dominated by an unelected bureaucracy (e.g., the State Department, executive and regulatory agencies, the intelligence bureaus, high-ranking military officers, etc.) that seeks to aggrandize and consolidate their own positions.

At the same time, they are heavily influenced by specific interest groups (e.g., contractors, business conglomerates, nongovernmental organizations, academia, and think tanks). One only needs to look at the revolving door between senior intelligence officials and military leaders with high-level positions at weapons manufacturers, private intelligence groups, and government-affiliated multinational corporations, to get a picture of that cycle of succession.

In addition, Congress works in conjunction with, and is often beholden to, these groups. In this way, legislators are able to secure electoral support and financial backing in return for voting the “right” way, presenting advantageous policy, and ensuring “favorable” oversight.

All of the above works both explicitly and implicitly in conjunction with corporate media to present a specific picture of the world that’s conducive to a larger political agenda.

Unsurprisingly, that agenda just so happens to accrue substantial benefits, in terms of both money and power, to the various players involved in this process. The entire apparatus is thereby able to create, direct, and alter public support, often for positions or initiatives that the population would otherwise be hesitant to support.

That’s what President Dwight Eisenhower was alluding to in his 1961 farewell address, when he warned Americans of the “military-industrial complex.” Others may also be familiar with the concept of “the iron triangle,” which is the policy-making relationship among congressional committees, the bureaucracy, and interest groups.

The Epoch Times has provided one of the most impressive accounts of this phenomenon through its various correspondence with retired Lt. Gen. Michael Flynn—one of the few who was able to see firsthand into the depths of this anti-American underworld, experience its depravity and corruption, and live to tell the tale. If you watch only one thing this week, watch the Aug. 1 episode of “Facts Matter” with Roman Balmakov, which does a deep dive into the issue.

It should begin to become clear why the rise of Donald Trump, a political outsider reliant on no one and beholden to no one, was such a threat to the American status quo. It also logically implies why the forces of entrenched power that currently pull the strings in places such as Washington, New York, and even Brussels responded as they did to his candidacy, presidency, and—should it come to be—his candidacy once again.

For the entire process of political control to be viable, one necessary condition must be present: an acquiescent population that is either actively in support of a policy agenda or ignorant of what is actually going on. Corporate media and large newspapers in major metropolitan areas previously held a monopoly on information distribution. No more.

The rise of the internet, social media, podcasting, and streaming blew up the old business model—not only for those who deliver the news but also, more importantly, for those who create it.

For the first time, it became possible to truly understand the moral and ethical bankruptcy of those who wield institutional power over us. We understood that our political ruling class was not, nor previously had been, acting in the interests of the American people.

As it turns out, the exact opposite was often the case.

More than that, it became apparent that those of us who didn’t buy into the narrative being professed by our corrupt rulers weren’t alone. Individuals who had well-articulated viewpoints, but didn’t agree with the reigning orthodoxy, suddenly had a way to make our voices heard, and people who it would resonate with.

The increasing hunger for news that wasn’t just a propaganda mouthpiece of interest groups in Washington paved the way for outlets such as The Epoch Times. Likewise, so did the desire for politicians who didn’t have to live under the yoke of interest groups and pretend to support the radical ideology of the urban elite. We were just waiting for a self-sufficient patriot to walk into the breach.

But if you think that the malicious self-serving power-holders endemic to our system of government were going to simply sit back and allow this to happen, you were wrong.

The constant attack on not only Trump but also anyone who wasn’t actively burning an effigy of Trump in their front yard became a staple of the nation’s political discourse. The intent of all liberal mainstream media coverage became to attack the 45th president as an illegitimate figure motivated by hate.

This has been the story since Day One. We saw it from the moment Trump came down the escalator in Trump Tower, up until now, and on to the indefinite future: through the stolen election lie, the Russian collusion lie, the “very fine people” lie, the quid-pro-quo lie, the ongoing insurrection lie (manifested in both another impeachment and the present “show trial” of the Jan. 6 commission), and undoubtedly into countless lies in the future.

Is this article meant to be an ode to Trump? No. It’s only to say that Trump clearly was (and is) the most pressing threat to business as usual for the U.S. ruling class. Everything was a deflection on the part of the latter from that they were desperately losing their grip on power and had to subsequently manipulate the American people to maintain narrative control.

Just like with Trump, the attack on particular media that didn’t stick to the prescribed script had to be heightened. Dissenting viewpoints became equal to “hate speech.” Disagreeing with the government approach to the COVID-19 virus or medical treatment options became paramount to killing fellow citizens. The list of censorship is endless, but the point here is only to say that we in America have been blessed, thanks to our rights enshrined in the First Amendment.

The people who are in favor of ceding their rights due to “scientific consensus” or “hate speech” unknowingly advance the cause of authoritarianism; they do this under the grounds that, ironically, free speech is actually a threat to freedom. That’s how you get individuals such as  Rep. Steve Cohen (D-Tenn.) saying that Canada is freer than the United States.

Canada seemingly has become more or less an authoritarian regime in its crackdown on free speech and peaceful protest. This conception of freedom that leftists refer to is defined by a centralized government authority forcefully mandating their accepted radical ideology, while eliminating all contrary viewpoints; the latter is necessarily equated with harming other individuals in order to morally justify the suppression.

That’s obviously contrary to the concept of freedom that the United States was founded upon, in which freedom of conscience is unalienable, even if (perhaps especially if) someone is offended by its expression. And thank God. One only needs to look across the pond and recount a UK veteran being arrested recently by a group of police officers for reposting a meme that poked fun at the ruling class’s LGBT ideological orthodoxy.

Anyone in the United States should justifiably be shocked by the scenario. Yet, we should also take solace in the fact that our wise founders foresaw this exact progression. They knew that free speech was so integral to any free society that they made it the most prominently presented, and firmly enshrined, right when laying down the foundations of this society. They also knew that it would, subsequently, be the first target for anyone who would seek to upend that society, and end that God-given freedom.

The First Amendment is absolutely, unequivocally essential and must remain uninfringed upon for this republic to survive.

And that, of course, is why the founders immediately followed it with the Second Amendment.