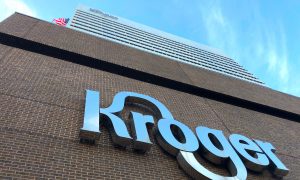 The epidemic risk assessment of Hubei Province’s cities and counties was updated on March 25. Wuhan’s risk level was reduced to “medium”. The urns of those who died during the 63 days of Wuhan’s lockdown, were not allowed to be collected by the relatives of the deceased until March 25. There will be no ceremony, these people lined up just to purchase a burial site. Wuhan citizens believe that officials have concealed the true death toll.

On March 25, a post on Twitter states: The family members of those who died of the epidemic in Wuhan were not allowed to collect the cremated ashes until today at the funeral home. The photo attached to the post shows the long line in front of the entrance of the Hankou funeral home. Another Twitter user stated that this Weibo post was deleted after it was shared more than 30,000 times. Many questioned the authority’s motives, asking why the videos and photos of the funeral home have been deleted. Mr. Hu, a Wuhan citizen said:

“There are many communities in Wuhan. It is the community center that brings the ashes to the relatives coming to collect them to bury their dead. I have a friend whose brother and brother-in-law died recently, and the community told their family members to collect their ashes.”

On March 25, an online video showed a long line outside the gate of the Biandan Mountain Cemetery in Wuhan.

This is a relatively well-known cemetery in the city. According to the website of Wuhan’s Civil Affairs Bureau, there are a total of 16 cemeteries in the city.

People waited on line to register and bury the ashes of their relatives. The people in the line all wore masks, but they did not keep a safe distance from each other. The office of the cemetery was even more crowded. A netizen on Twitter revealed: “The registration center of the Biandanshan Cemetery is overcrowded, it looked like people were scrambling to buy a house in a property launch event. Some people stood in line for 3 hours, but still couldn’t get registered.”

Mr. Liu, a citizen of Wuhan, believes that there is still a risk of getting the virus, and it isn’t suitable to handle funeral services for the time being. The community center organized people to collect the ashes in separate groups in order to reduce the size of the crowd, but there are still long lines. After collecting the ashes, the relatives of the dead have to go to the cemetery and wait in line again. Mr. Liu, a citizen of Wuhan states:

“The relatives were anxious. Most people are still restricted from going out. You have to pick up the ashes, in accordance with the community’s request. The community centers arranged cars to pick you up. There is also a risk of infection in the car. Once the funeral homes hand you the ashes, their job is done and they don’t care for anything else. It is very likely that there were too many urns there and no space to store them. So, it was necessary to inform the families to take them away.”

The citizens of Wuhan believe that the Chinese Communist Party (CCP) concealed the true death toll. They made this judgment based on two facts: one, the lines outside the funeral home to collect the ashes are very long, and two, the medical standards of European and American countries are higher than those in China. But the reported death rates in these countries are higher than that of China. Mr. Zhang, a Wuhan citizen said:

“The community center orders you to get the ashes. Afterward, you have to prepare everything else. Just exactly how many Wuhan residents have died from the virus if the line at the cemetery is so long? China’s official media reported over 3,000 coronavirus deaths. I think the real figure is at least ten times the official figure, and even 100 times is not impossible.”

Several netizens expressed their doubts: “You might not even receive the ashes of your loved ones.”

Some netizens said: “The saddest thing is that in some cases, the entire family has died and there’s no one to collect their ashes.”

A netizen also revealed one thing about the lines at the cemetery: “Because of the epidemic, people are banned from visiting the cemetery to pay their respects to their deceased family members. Therefore, all the people lining up here, are here to purchase graves for their relatives killed by the epidemic. Some elderly people who died during this epidemic had purchased grave plots, so most everyone in line here is purchasing a tomb site for someone in the family who died at a younger age unexpectedly.