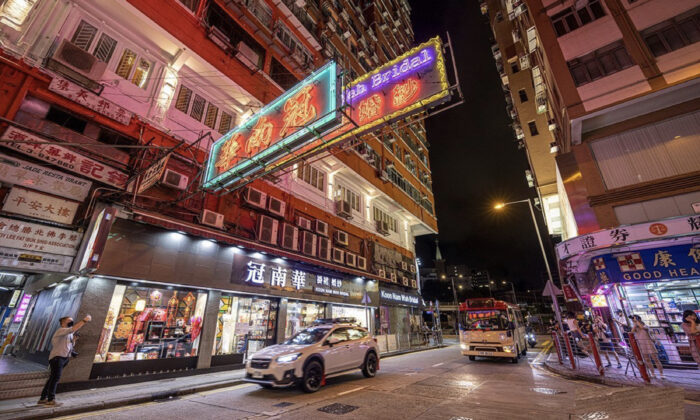 The colorful neon signs were once the most iconic representation of the cultural symbols for streets in Hong Kong. But as the Hong Kong government tightens building regulations gradually, there are fewer neon signs on the streets.

Therefore, Aug.16 was the last night the neon signs were displayed and they planned to turn off the lights at 9 p.m. Later, the shop posted a message on social media, saying that according to the requests from guests, the lights would not be turned off until 11:00 p.m.

They also invited the general public to witness the last moment of the neon signs. The neon lights were dismantled the following day.

“Koon Nam Wah” was founded in Guangzhou and set up business in Hong Kong in the 1920s. Koon Nam Wah is a Chinese-style bridal shop. It entered the Hong Kong market in the Roaring Twenties (1920s era). At first, its main business was selling bedding products. Later, it became a bridal shop specializing in traditional Chinese wedding dresses and added Western-style wedding dresses as the trend changed.

It is reported that the Buildings Department issued a removal order to the shop owner under Section 24 of the Buildings Ordinance on Oct. 26, 2021, requiring the removal of the signboard. Recently an ultimatum was issued to the shop.