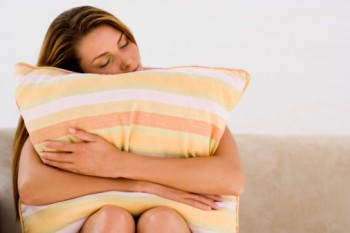 Loneliness is more closely associated with the quality rather than the number of relationships, and can lead to restless sleep. (Photos.com)
Home

Feelings of loneliness may interfere with a good night’s rest and can negatively influence health, according to a new study from the United States.

“Loneliness has been associated with adverse effects on health,” said study lead author Lianne Kurina from the University of Chicago, in a press release.

“We wanted to explore one potential pathway for this, the theory that sleep–a key behaviour to staying healthy–could be compromised by feelings of loneliness.”

The researchers studied 95 adults, aged 19 to 84 years old, in a rural South Dakota community. Despite not being socially isolated, some people had higher ratings of perceived loneliness and were more likely to report having fragmented sleep.

“What we found was that loneliness does not appear to change the total amount of sleep in individuals, but awakens them more times during the night,” Kurina explained.

The degree of daytime sleepiness and total amount of sleep were not affected. The researchers believe there is a distinct difference between social isolation and loneliness.

“It’s not just a product of very lonely individuals having poor sleep,” Kurina said. “The relationship between loneliness and restless sleep appears to operate across the range of perceived connectedness.”

“Accordingly, loneliness is more closely associated with the quality rather than the number of relationships,” the researchers wrote in their paper.

These results are similar to a 2002 U.S. study that compared loneliness in college students with sleep quality. The lonelier they felt, the more their night-time sleep was fragmented.

“Whether you’re a young student at a major university or an older adult living in a rural community, we may all be dependent on feeling secure in our social environment in order to sleep soundly,” Kurina concluded.

“The results from these studies could further our understanding of how social and psychological factors ‘get under the skin’ and affect health.”

The findings were published in the journal Sleep on Nov. 1.