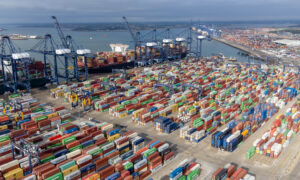 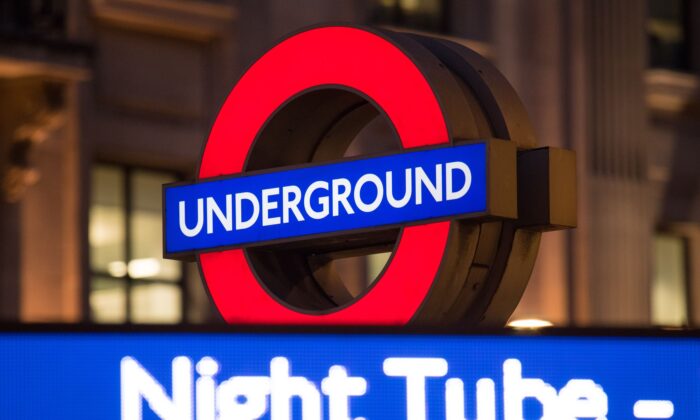 A London Underground roundel alongside an advert for the night tube at Oxford Circus underground station, in London on Aug. 17, 2016. (Dominic Lipinski/PA)
UK

London Underground’s Night Tube will resume next month after being suspended in March 2020 due to the COVID-19 pandemic lockdowns.

Transport for London (TfL) said services on the Central and Victoria lines will run through the night on Fridays and Saturdays from Saturday, Nov. 27.

Tens of thousands of people signed a petition calling for the Night Tube to resume to help protect women and girls.

Mayor of London Sadiq Khan said: “The reason why I was so keen to be the first mayor in London’s history to start the Night Tube in 2016, and to restart it now, after the COVID pause, is because I know how important this is to London’s thriving night-time economy, to London’s recovery, and to the confidence and safety of everyone travelling home at night, particularly women and girls.

“I am determined to make our city as safe as possible for all Londoners. That’s why I’m delighted to see the return of the Victoria and Central Night Tube lines next month, which will make a huge difference to people travelling around our city at night and making their way home, offering them an additional safe, reliable transport option.

“I will continue to work with TfL and the government to do everything we can to bring back the full Night Tube network as soon as possible.”

TfL said the Central and Victoria lines were previously two of the busiest lines on the Night Tube network, providing connections between “large parts of London and the centre of the city.”

It went on, “Restoring night running on these lines will help businesses like bars, clubs, and restaurants as London’s night-time economy continues to recover following the pandemic.”

Jace Tyrrell, chief executive at business group New West End Company, said: “West End businesses absolutely welcome the news that the Night Tube is returning, particularly ahead of our busy festive season when many businesses have later opening hours and we see a greater number of visitors at all hours across London.

“The safety of our customers and 150,000 colleagues is of paramount importance, and the Night Tube offers a much missed alternative for travelling around London safely.

“We hope that the reopening of the network will give Londoners confidence to travel around the capital in a safe, low-crime environment.”

TfL said the pandemic lockdowns limited its ability to train new drivers, and it recently offered Night Tube drivers the opportunity to convert from their part-time roles to permanent full-time positions.

Mick Lynch, general secretary of the Rail, Maritime, and Transport union (RMT), said it is vital that TfL reaches an agreement with union reps on rosters that “don’t leave staff burnt out and exposed to intolerable pressures.”

He added, “We warned months ago that slashing 200 Night Tube train driver positions would create a staffing nightmare and London Underground need to start facing up to that reality.”

Lynch also claimed that prior to its suspension, the Night Tube was “a magnet for violent, abusive, and anti-social behaviour.”