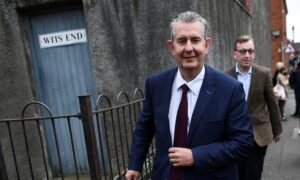 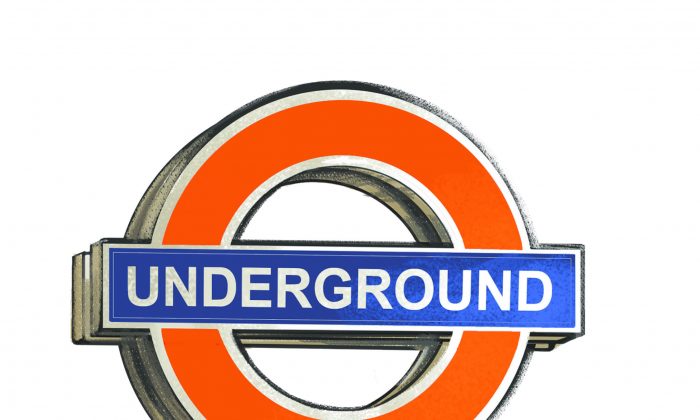 The iconic phrase “ladies and gentleman” used on the 150-yearold London Underground will be replaced by generic terms such as “good morning, everyone.” (RENAE WANG/THE EPOCH TIMES)
UK

BIRMINGHAM, England—The words “ladies and gentlemen” have survived eight centuries of British obsession with class, breeding, and manners. Now, however, they have been deemed too discriminatory for the 150-year-old London Underground.

It’s not because “lady” and “gentleman” once referred to the bourgeoisie nobility and landowning classes of the 12th century. Nor because they echo back to the days when Victorians argued over whether gentlemen or ladies were born or bred, and when a gentleman’s behavior was defined by his deportment toward the “weaker sex.”

In place of “ladies and gentlemen,” public announcements on the underground will now start with terms such as “good morning, everyone” to avoid offending those who do not wish to be greeted as either sex.

Mark Evers, director of customer strategy at Transport for London (TfL), said in a statement: “We want everyone to feel welcome on our transport network. We have reviewed the language that we use in announcements and elsewhere and will make sure that it is fully inclusive, reflecting the great diversity of London.”

TfL oversees the public transport system, including the underground train system, known to Londoners as “the tube,” that carries an average of 3.5 million passengers daily.

Among Londoners, the announcement prompted indifference, praise, annoyance, and, of course, British humor.

Some joked about renaming stations such as Seven Sisters to conform with new politically correct ideas.

A variety of organizations, notably those that campaign under the LGBT umbrella, welcomed the new policy.

At Hammersmith underground station, the reaction of passengers was mixed.

“I’d be happy with the greeting ‘good morning, everyone,'” said Gabi Hieber, 41, from West London. “But if they change it for the silly reason of not offending any transgender people, then I think it’s actually rubbish.”

Alex Bone, 37, who works in the City of London, said that people shouldn’t be criticized for saying “ladies and gentlemen” because of political correctness.

“I think it’s a bit unnecessary. Is it really something that people are suffering in the wider picture? No,” said Bone. But he said that he would support it “if it really made made some people happier.”

Sian Brackott-Hayes, 20, said that she had never personally minded the phrase, “ladies and gentlemen,” adding that “to somebody else it might be more important. So for me, I don’t really mind whether they change it or not.”

Richard Curry, spokesperson for the Traditional Britain Group, said the change was “a very subtle but sinister form of authoritarianism.”

“This attempt to control language is an attempt by a very vocal but very small minority to impose their will on the rest of us,” he said via email. “This is a flight from basic biological reality and amounts to not only the telling of a lie, but an attempt to get the rest of society to become complicit in this lie.”

Frank Furedi, emeritus professor of sociology at Kent University, has spoken out on the issue of politically correct “linguistic policing” at universities. He was also critical of TfL’s move.

“It is quite remarkable how speedily cultural attitudes on very fundamental matters can change now within weeks and months rather than decades,” Furedi said.

“The fact that this has happened is symptomatic of the emptying out of traditional culture.” He said that a sense of “cultural malaise” has “opened the door to just about anything.”

The fact that this has happened is symptomatic of the emptying out of traditional culture.
— Frank Furedi, emeritus professor of sociology, Kent University

Such language policing is part of a “very morally illiterate form of social engineering,” he added.

“It’s almost as though people have forgotten the Orwellian lessons and have started to become Orwellian themselves.”

Furedi said the policing of language actually comes from a very small minority with power, who think they are demonstrating benevolence. He said that those who are “offended” are not only a tiny number, but are actively choosing to be offended.

Ironically, the conduct for British gentlemen and ladies was traditionally focused on not causing offense at all costs.

“True courtesy, indeed, chiefly consists in accommodating ourselves to the feelings of others, without descending from our own dignity, or denuding ourselves of our own principles,” wrote Cecil B. Hartley in “The Gentlemen’s Book of Etiquette and Manual of Politeness” in 1860, just a few years before the first trains rolled out on the London Underground.

But even Hartley might have struggled to apply his principles to potential offense at the very words “ladies and gentlemen.”

Jane Gray contributed to this report.