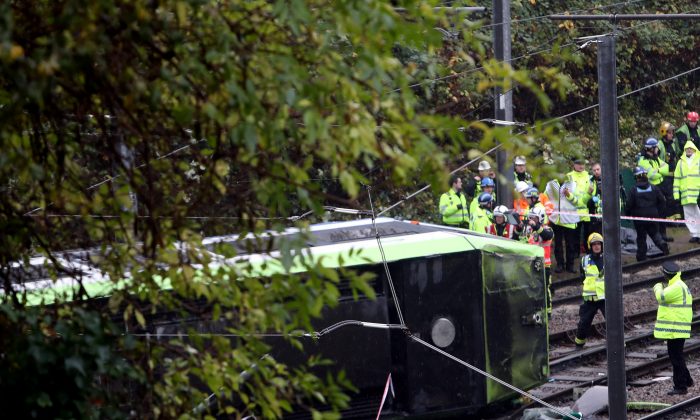 LONDON—A tram derailed in south London before dawn on Wednesday, resulting in “some loss of life” and injuring at least 50 people, police and emergency services said.

Emergency workers were still at the scene of the derailment in Croydon, trying to free two people trapped in the wreckage of the two-carriage train that tipped on its side next to an underpass.

The cause of the derailment was under investigation.

“A number of people have been taken to hospital with injuries and sadly it looks as though there has been some loss of life,” Assistant Chief Constable Robin Smith told reporters.

The London Ambulance Service said it treated a number of people at the scene, and more than 50 had been hospitalized.