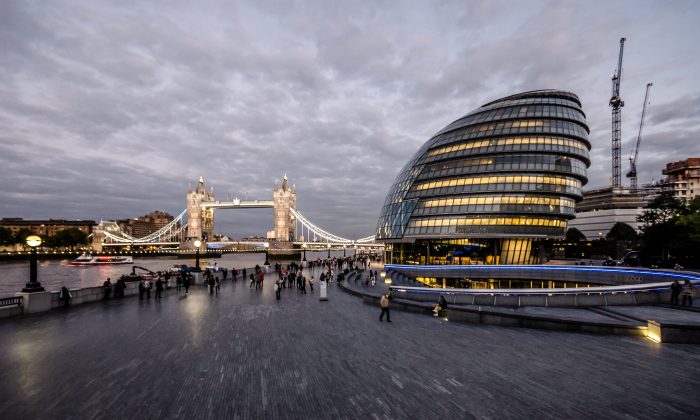 London: Three Reasons Why Calls for More Autonomy Should Be Taken Seriously

As the U.K. begins its tortuous path to leave Europe, many are asking whether it might not be time for London to leave the U.K. While the Scottish Nationalist Party gears up to push for another independence referendum, and similar considerations emerge in Northern Ireland, the possibility of a poll in Greater London doesn’t actually seem too absurd.

The capital is one of the world’s most prominent global cities and a truly cosmopolitan hub, with a population of 8.6 million (compared with Scotland’s 5.3 million). So, could London secede and stand on its own merits as a new city-state? There are a number of reasons to think so.

The notion of an independent London already seems to be enjoying significant popular support. The capital voted to remain in the EU by a significant margin: roughly 2.3 million people (almost 60 percent) voted to stay in, with only five of London’s 32 boroughs preferring to leave.

Recent protests in Trafalgar Square and 160,000 signatures on a petition in favour of “#Londependence,” seem to confirm the public support for a city-state.

An independence vote by London residents—not just British citizens—might yield even more convincing results. The 3 million foreign-born residents of Greater London make up 36.7 percent of the city’s population, and they are unlikely to sympathize with the nationalism and isolationism of the Leave campaign.

Indeed, they recently helped to elect London’s first Muslim mayor, Sadiq Khan, who is decidedly pro-Europe. In the wake of the Brexit vote, Khan rushed to address the city’s European residents via social media, saying: “To every European resident living in London: you are very welcome here.”

London is tightly intertwined with Europe: the EU is London’s biggest trading partner, responsible for 30 percent to 40 percent of its exports. At the same time, London also attracts the most foreign direct investment of any city in Europe and some argue that it should grow even bigger. So, Brexit could have very real consequences for the status and sustainability for a global city like London.

Indeed, just hours after the results came in, signs of damage started to surface. Finance giant JP Morgan Chase look set to follow through on previous warnings that as many as 4,000 of its 16,000 U.K. personnel could lose their jobs, while HSBC could relocate 1,000 roles to Paris.

With London’s title as the preeminent global hub for foreign exchange and insurance under threat, the FT suggested it might be time for bankers to “dust off the bowler hat and rolled umbrella uniform of 30 years ago.” And the drain on non-British talent and services will “almost certainly” make for a less international City of London.

3. It Would Support the Creative Industries

London’s enormous creative class has a huge influence over the city’s fortunes. According to the Greater London Authority (GLA), creative and high-tech industries have increased their gross domestic value by 16 percent since 2009, and now contribute over 35 billion pounds ($46.2 billion) a year to the city.

Education and research might suffer too. London is also home to some of the world’s major universities—some of the few international institutions that can compete with the U.S. giants. Since 2007, U.K. research has benefited from its connections with Europe to the tune of 8.8 billion pounds ($11.6 billion).

As many as 380,000 jobs rely on the income of up to 3.7 billion pounds ($4.9 billion) from EU students, funding from the European Research Council and programs such as Horizon 2020. As several commentators have already noted, Brexit could have a substantial impact on this, inducing a “brain drain” from the U.K.

A Word of Caution

So far, it sounds like a Scottish-style referendum in London could end up in a city-state landslide. And with 23 percent of the U.K.’s population and a third of its economic output, London certainly looks like a credible candidate for independence.

But there are grounds for caution. For one thing, decoupling London from the rest of the country would be no small feat. A whole suite of new treaties and concessions would need to be negotiated. It would have to apply to join the EU all over again—though Greater London would score well on the EU’s dignity, freedom, and democracy accession principles.

Certainly, London’s track record in city diplomacy can sustain some degree of international collaboration. Yet the city’s current structures of government, including the GLA, would need to be upgraded to uphold and legitimize London’s sovereignty. And, of course, the U.K. would need a new capital outside of London—perhaps in the pro-Leave cities of Blackpool or Lancaster.

Even under former mayor and vociferous Brexit campaigner Boris Johnson, London’s international diplomatic record was one of cooperation and integration. As EU nation states squabble over national interests and renegotiations, many cities the world over are demonstrating an increasingly convincing track record of collaboration and joint action on matters such as climate change, security, and disaster prevention.

Across the world, cities are becoming engines of prosperity. Indeed, many of the U.K.’s major cities—including Bristol, Liverpool, Manchester, and Leeds—voted to remain. So, perhaps, the people and leaders of London should be thinking of ways to salvage the urban characteristics that make cities prosperous: their openness and connections with other places. This could require special legal and economic arrangements for U.K.’s core cities and, not least, London.

Khan has made it quite clear that he’s invested in pursuing this agenda. In a joint statement, he and Paris Mayor Anne Hidalgo committed to “build far stronger alliances between cities across Europe and around the world.” To do so, Khan needs the authority and capacity to spearhead collaborative international efforts. This means securing a place at the table during Brexit negotiations, to ensure cultural and legal tolerance for the millions of foreigners that make London’s success a reality on a daily basis.

There are a couple of options to explore. London could establish itself within a special economic zone, a la Hong Kong. Or, it could rethink the urban enterprise zone—which defines the City of London—to create a European link for the capital. Neither of these options are unprecedented, and they could salvage the city from a Brexit-induced decline.

There won’t be a referendum on London’s independence. But if measures to safeguard the city’s global role are not taken, many might simply vote with their feet.

Michele Acuto is a professor of diplomacy and urban theory at the University College London in the U.K. This article was originally published on The Conversation.